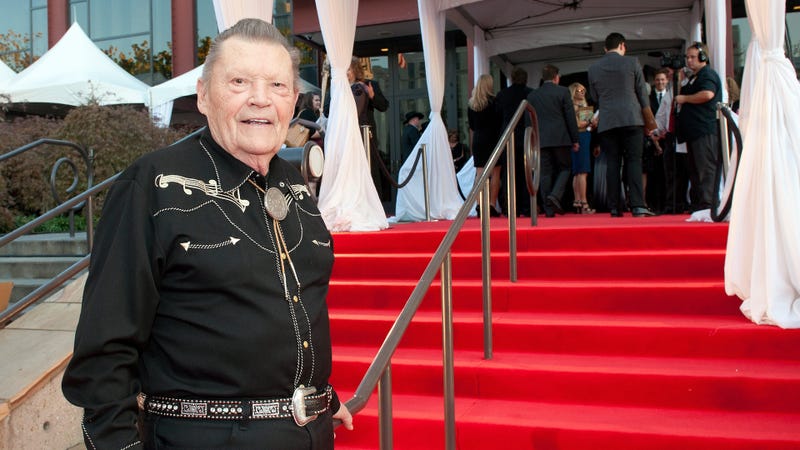 The Country music community is mourning the loss of Grand Ole Opry member, Stonewall Jackson, who recently succumbed to his battle with vascular dementia.

Jackson, who performed at Nashville’s Grand Ole Opry for the first time in 1956,  is best known for his songs including "Waterloo,” "Don’t Be Angry," "Why I’m Walkin’," "A Wound Time Can’t Erase" and "I Washed My Hands in Muddy Water."

Jackson holds the record for the longest-performing, current  Opry member, as he continued taking the stage through 2010. That totals just over 50 years of performances on the Opry stage.

The Grand Ole Opry dedicated Saturday night’s (12/4) show to Jackson, and plans to further honor him with a special tribute on December 11. Several members of Stonewall’s Country community took to social media to tribute the Country great, many of them being fellow Opry members.

Thank you for all the music and memories, Stonewall Jackson. ❤️ pic.twitter.com/bkh51obAcx

Saddened to hear of the loss of one of the Honky Tonk heroes of the 50’s and 60’s Grand Ole Opry member STONEWALL JACKSON went home today … Rest Easy sir!!

Stonewall Jackson and I toured the U.S. and Canada together, sharing a lot of laughs and a lot of country music. He was about as "genuine" a person as I've ever known. He will certainly be missed... pic.twitter.com/Ye8lGpnXyw