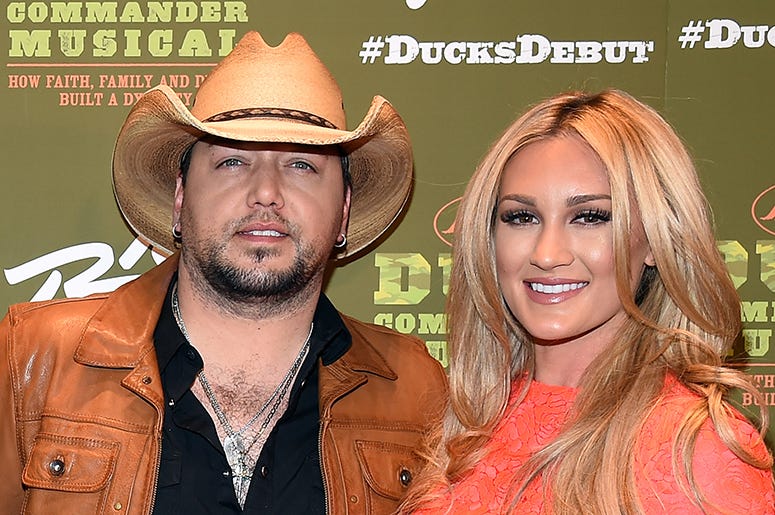 All this week, Country star Jason Aldean joined RADIO.COM's Katie Neal on our airwaves as co-host for the Superstar Power Hour on all your favorite RADIO.COM Country stations nationwide.

Working from home has become the ever-expanding new normal for all of us, and the "road warrior" we know Jason as is right there alongside the rest of us. The time at home is a complete reversal from his usual, hectic touring schedule but the break has given him the much-needed opportunity to focus on his family.

"It's been weird, honestly. It's been super weird," he tells Katie bluntly about the complete 180 that 2020 has brought upon us. "I'm so used to being on the road so much, that being at home as much as I have, it's been odd but it's also been cool. I get to be at home and be at my kid's ball games and putting my kid's to bed at night... but at the same time, for the last 16 years or so, I've been wired to go jump on a bus every Wednesday and go play and get home Sunday."

Jason says it's taken some getting used to, but he appreciates the closeness it has brought to his family. As far as being back in front of his adoring fans after a prolonged absence, he knows getting back on stage will be just like riding a bike for him. "At this point I've been doing this for so long," he says, "I'm probably more comfortable doing this than anything, so I feel like it'll all come back pretty easy."

"I feel like there's gonna be a lot of us that have had to sit out a year and not play, that by the time we get to play, hopefully next year, that there's gonna be some people fired up to get on stage again, us being one of them for sure."

Now spending the days in their brand new home outside of Nashville, Jason and his wife Brittany have had plenty of time to catch up on their favorite television obsession: reality shows. "We're big binge-watchers," he admits. "My wife talked me into watching 'Love Island...' which I love, like, crappy reality shows. So we were watching that, and then we started going back and looking, and there's some from Australia and the U.K. So we started back-watching..."

"Typically we just try to find stuff on Netflix, or Hulu, or Prime, or whatever and just try to find shows that we like. The problem is we'll sit there and watch them and rip them off in like a week and then we're done... We end up watching a lot of reality TV stuff that has a lot of seasons in the past...

With Halloween fast approaching, and Joe Exotic still fresh in his mind, Jason thinks he's got the perfect family costume idea for this year. Normally a collaborative effort between he and his wife, he went rogue and wants to convince Brittany to go as Carole Baskin, with him as Joe, and the kids as tigers.

"So, we'll see how that works out. I'll see what she comes up with, that's my idea... that's my pitch. You just heard it. I'm gonna tell her the same way I told you." 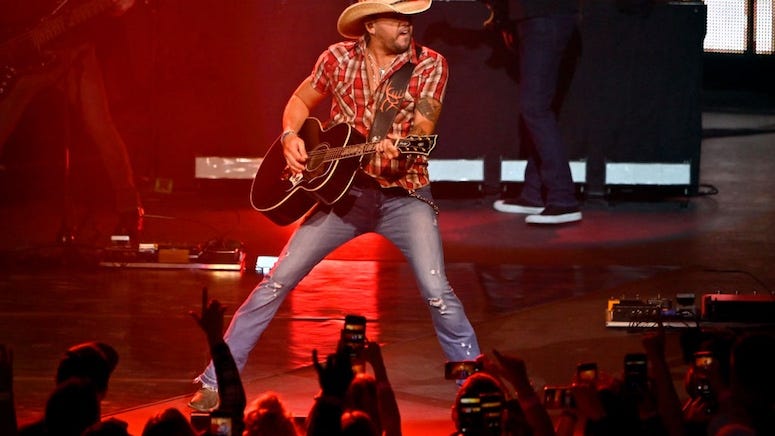 Jason Aldean shares shot inside the studio: 'Working on album 10!'

Aldean just shared some good news with fans last week, announcing his tenth album is on the way by giving us a sneak peek at the process, sharing a photo of himself in the recording studio. “Back in the studio today working on album 10,” he wrote in the caption. Be on the look out for new music on the horizon.

Also, be sure to catch Jason tonight with Rob & Holly from 7PM-Midnight and kick off your weekend right during the Friday Night Takeover on your favorite RADIO.COM Country stations. 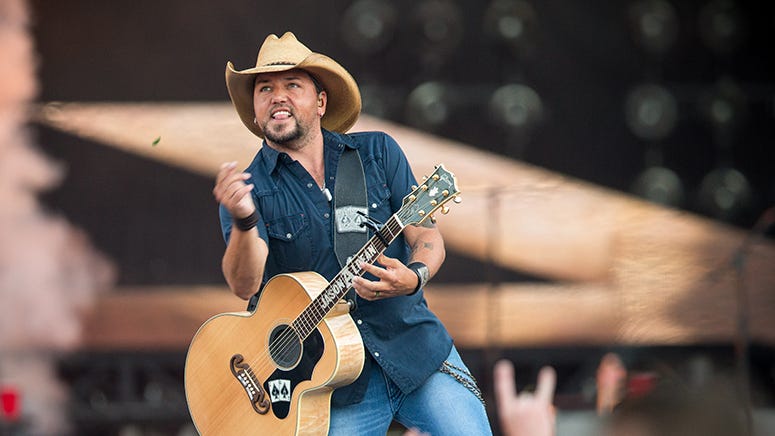