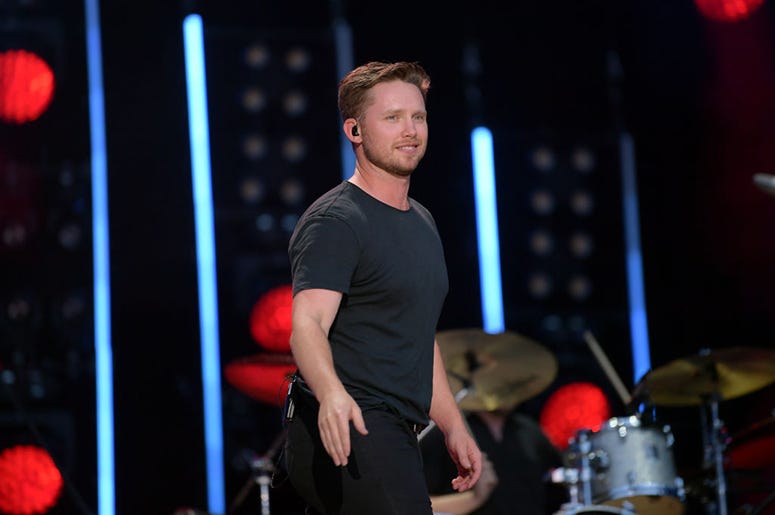 Country singer Jameson Rodgers joined RADIO.COM's Coop's Rockin' Saturday Night this weekend, just as his new single "Some Girls" was making it's way to the number 1 spot on the charts.

Rodgers, a Mississippi native turned Nashville mainstay was on track to be a college baseball player, but quickly developed a following with his music and moved to Nashville in 2010 to follow his dreams. Rodgers released his first self-titled EP in 2016 after writing for fellow Country artists Florida Georgia Line and dropped two more in 2018 and 2019, each featuring the hit "Some Girls."

Now, finally getting the recognition the song deserves, Rodgers admits it definitely feels good but, "it feels different. I moved here ten years ago for that," he says. "It took me ten years plus to get to this moment. It hasn't sank in yet to be honest with you."

Jameson had plans on heading home for the weekend, and it's his first time doing so with a song on the radio. Surely there will be some beers raised in celebration, right? "I'm coming back to Nashville Sunday and if it's number 1 by then, there will be a major throwdown somewhere with the whole crew here in Nashville."

Known for his songwriting for other artists in the Country genre, aside from FGL he's also penned tracks for Chris Lane, Jason Aldean, and Luke Bryan. For Jameson, he's most proud of "Born Here, Live Here, Die Here" on Bryan's newest release.

"That whole song is pretty much about how I grew up and people I grew up with. When I hear that song it makes me think of my hometown. Maybe if I could have one back... that one at this point maybe," he laughs.

You would think being a part of some of the biggest names in Country music's careers would make Rodgers immune to the feeling of being starstruck around other artists, but there was one time he was taken aback by a celebrity's generosity.

Born in 1987 and growing up as a 90's Country fan, Rodgers admits his first musical memory is likely Garth Brooks' 1990 hit "Friends In Low Places." During last year's CMAs, Rodgers and other aspiring singers were given an opportunity to sit with the man he affectionately refers to as "the G.O.A.T." for 45 minutes. The entire day, he was anxiously looking forward to the meet up.

"We sit down and the first thing he says is, 'so Jameson, you're from Batesville, Mississippi. Tell me a little bit about that...' and I'm like, 'what?' How do you even know this?' He was so cool."

"At the end of the hang or whatever he was like, 'hey y'all get your phones out,'" and Jameson thought this would be the time when everyone in the room could get their photo with him. "He was like, 'put my number in there.'"

"I was like, 'no way this is his number, no freaking way,'" says Rodgers. "I'm laying in bed, it's like 10:00 at night and I get a text that says 'Garth Brooks' on my phone. He was just like, 'man it was great to meet you. If you ever need anything seriously don't hesitate to reach out.'"

"I was starstruck that day, I ain't gonna lie. It was probably embarrassing."

Check out the full interview above and check back in with Coop this weekend for another Rockin' Saturday Night starting at 7PM on your favorite RADIO.COM Country stations!