Country star Jason Aldean is currently celebrating the success of his latest full-length release, 2019's 9 featuring the arena rocking hit "We Back" and his latest single, "Got What I Got."

Speaking with RADIO.COM's Rob & Holly during their Friday Night Takeover, Jason shared the meaning behind his latest fan-favorite.

One set of questions that are always on Rob and Holly's minds when hearing a song is, where they were, what they were thinking, and what they were drinking when the idea came about. Although Jason is not the principal songwriter for the track, he tells us about the first time he heard it.

"We were coming off of 'You Make It Easy' on the previous album which was really kind of a different sound for us, but the song had done really well," Jason remembers. "This song kind of reminded me a little bit of that. It was something that was kind of like that that we didn't have for that album." 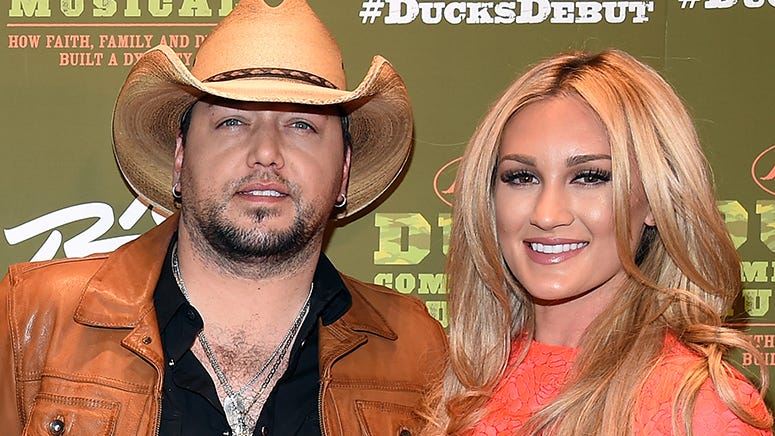 "I always feel like music is a thing where you can kind of get an insight into where that artist is in that particular point in life," says Jason. "For me, it's that. I think it was just one of those songs that really hit me in a way like... you just feel like certain songs are tailor-made for you and written specifically for you in mind.

"I felt like that song described everything in my life right now to a 'T.' When you hear those songs, it just has a different way of grabbing you and I fell in love with it immediately."

Always his best way of testing the waters, Jason brought the song home for his wife Brittany to hear, and she also immediately knew it was a perfect fit.

In all seriousness, "it was great," he says. "It really kind of summed up where I'm at in life at this point, and just a really cool song I really felt a lot of people could relate to."

Jason shared some extra good news with fans this month, announcing his tenth studio album is on the way with a photo of himself working in the recording studio.

Keep your eyes and ears peeled for new music in the coming months.