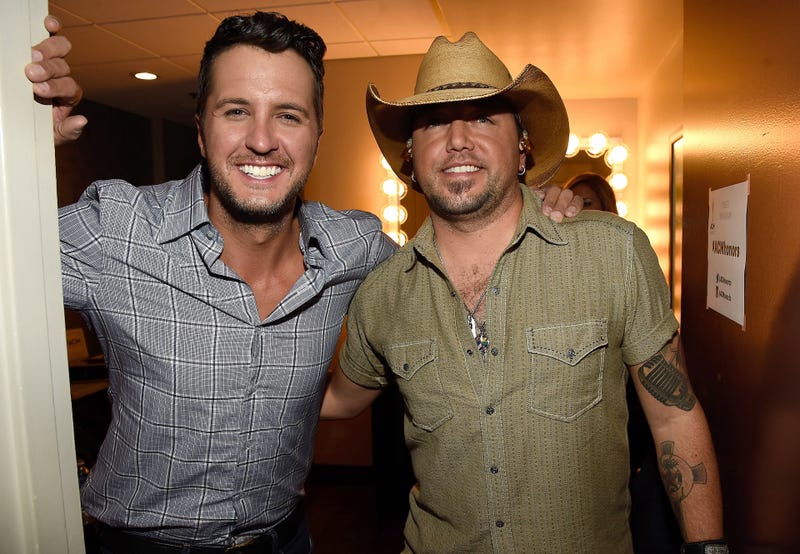 Jason Aldean recently joined Audacy’s Coop for his Rockin' Country Saturday Night. During their conversation, Aldean revealed the song he passed on that Luke Bryan made a hit.

When asked by Coop if there was ever a song he regretted passing on, Jason replied, “The one that always kind of stands out to me is a song called ‘Drunk On You,’ that Luke Bryan ended up cutting.“

Aldean recalls hearing the song, among many others, while on a trip to Las Vegas. Aldean was looking for one last song to complete the album he was working on at the time, and “Drunk On You,” didn’t make the cut. That changed once it was no longer available.

“Luke came over and played me, he ended up playing me some songs off his record and that [‘Drunk On You’] was one of them and I was like ‘ughhh!’ It went on to be a big ol’ hit for him.”

No hard feelings though. Jason knows from years of experience and being on the other side of the fence that everything happens for a reason.

“I truly believe songs land where they’re supposed to land,” he said.

Also during the interview, Jason told Coop that his hit “Big Green Tractor,” was passed on by fellow Country artist Jake Owen. Jake didn’t believe the song would be relatable to listeners coming from someone with Florida roots.

“The times I’ve talked to Jake, he’s been really honest,” Jason shared. “He goes, ‘I’m a Florida kid… it was a hit, but it just wasn’t believable for me to sing about it and it would’ve just never worked.’”

Aldean is currently in the studio working on his tenth studio album, which he expects to be available in the coming months.

LISTEN to full audio clip of Jason and Coop's conversation.