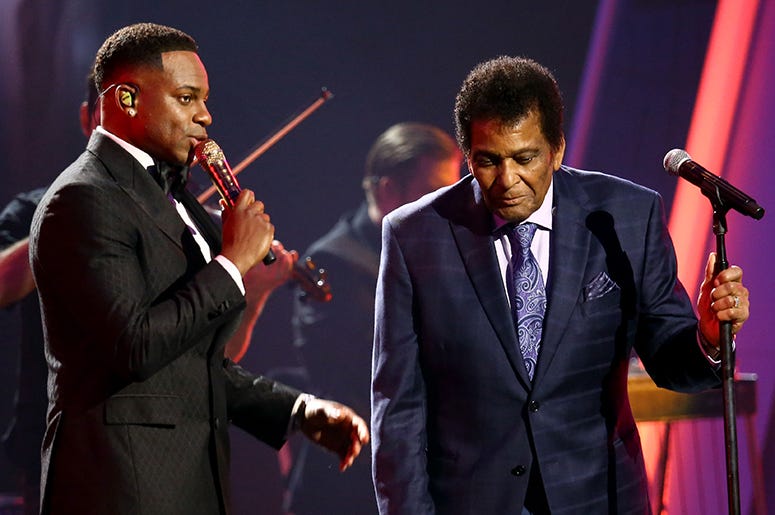 Prior to the 2020 CMAs, RADIO.COM's Katie Neal had a chance to speak with Country star Jimmie Allen about not only his nomination and performance but also the opportunity he had been given to present the 2020 Willie Nelson Lifetime Achievement Award to singer Charley Pride.

Hands down his favorite singer, Jimmie spoke of the time he had used the last of his cash to see Charley live "because he was getting older and I didn't know how many more years he was gonna want to perform," Jimmie told Katie. "So, to go and do that and then my first ever CMA performance and nomination is part of an award show that he's getting a special award for -- it's been a full circle with that guy!"

Immediately after the passing of Charley last week following a battle with COVID-19, Jimmie, who she knew would be struggling with the news, was fresh in Katie's mind.

"I'm doing alright," he told Katie. "I got to perform with a legend, a childhood hero, someone that went from just a hero to a friend. We would talk on the phone a lot... we built a great, great relationship. I just feel like no matter what I do in my career, nothing will top performing with Charley Pride." 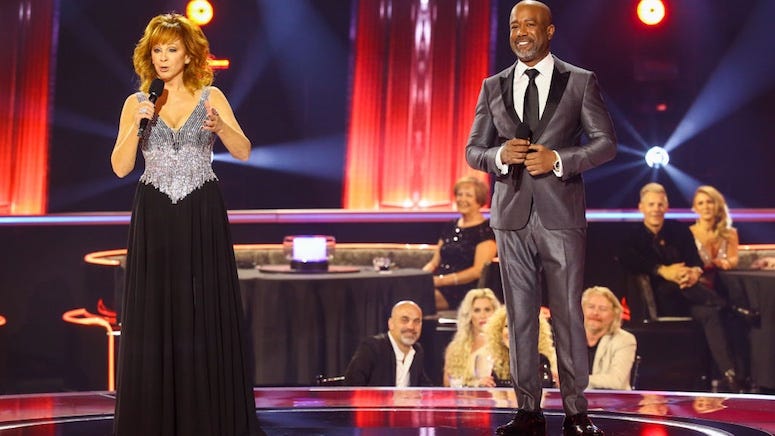 It was one of the highlights of an already epic night, one that neither Jimmie nor Katie will ever forget.

Jimmie was also blessed with the opportunity to record a track with his idol, "Why Things Happen," along with Darius Rucker, which is featured on his new collaborative release Betty James.

Jimmie admits it was a piece of cake getting Charley on board. "I just called him. I was like, 'Hey man I got a song. Me and Darius want you to sing it with us.'" Jimmie then adorably imitated Charley's soft response: "Well, I'll do it. Just send the song over," Charley told him.

"He's so funny," Jimmie tells Katie, remembering part of the recording process. "I had this one part that I wanted him to sing, and you know, Charley just sang it his own way. I was like, 'Well I did ask you to get on the song, so sing it how you wanna sing it! We'll make it work.'"

Looking ahead and looking out for the next generation of Country fans, Jimmie says he's already spoken to his son Aadyn about the impact Charley had on his life and career.

"I just told him, this is a guy that wasn't afraid to chase a dream because he looked different than everyone else in that career. And he just showed that if you work hard, you're good to people, you continue to try to be a better person and also a better artist. You'll get where you want to go."

"Someone asked me the other day, 'Jimmie what do you think Charley's legacy is?' I said we are: Me, Darius, Kane, Mickey, Yola, The War and Treaty -- we're his legacy. We wouldn't be here without Charley Pride. It's just an honor that I got to know him, and I'm so glad to see what he started not stop with him."

WATCH MORE: Backstage at the 2020 CMA Awards with Jimmie Allen