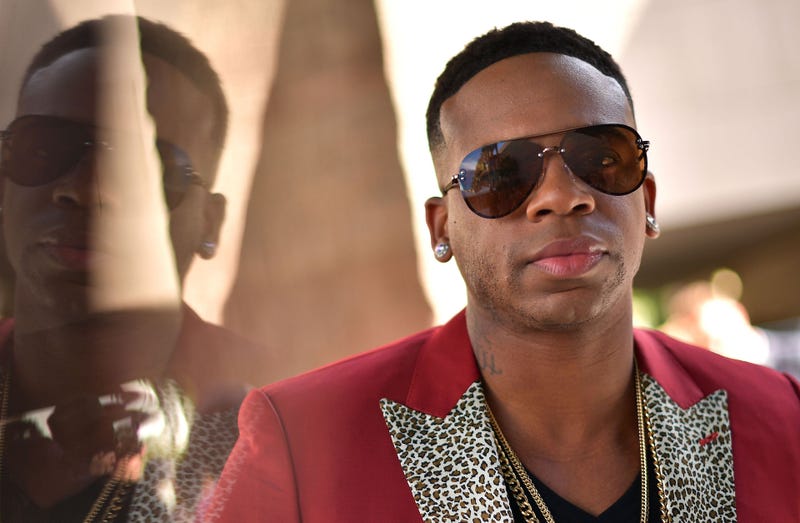 Jimmie Allen took to the ballroom floor with a spicy Salsa for the third week of competition on ABC’s Dancing with the Stars, which paid tribute to Pop sensation Britney Spears. Dancing to Spears’ “Outrageous,” in hot pink from head to toe, Allen earned a 20/30 combined judges score and got some harsh comments to go along with, but negative comments aren’t rattling him one bit.

“I had fun,” Jimmie told Audacy’s Rob + Holly when asked about the harsh comments by the judges. “I feel like I got the Country music family behind me, man. I trust that.”

He continued, “I tell people at the end of the day, it’s just a TV show, you know what I mean? It’s a TV show, then it’s a dance competition… In this world, we’re entitled to how we feel, and I didn’t agree with how they feel, but it’s all good.”

We didn’t agree with how they felt either, Jimmie! The “Best Shot” singer lifted his partner above his head… twice! #muscles They were clearly watching a different dance if they had anything negative to say.

“I have never dropped her and I told her I will never drop her,” Jimmie said when talking about practicing the lifts included in his choreography. “Now, there’s a chance she might fall, but I won’t drop her,” he laughed.

Clearly a fan of lifts, there is another big one Jimmie has planned, and it involves his unborn daughter, who is due during the duration of Allen’s season on DWTS. Jimmie clearly has a plan of action if baby comes during a show, and it might surprise you!

“We’re just taking it day by day,” Jimmie shared. “The ideal plan would be to have this baby while I’m dancing, right? Then the cameras turn to me FaceTiming my wife, on the dance floor, while she’s having this baby.”

Uhhh, Jimmie has this plan been approved by your wife?

“Yes, that would require me not being there, BUT… I feel like if that happened, God gave us this gift of perfect publicity and exposure to introduce our baby girl to the world because she’s special. She’s a star! The world should see her arrival… I don’t want to keep our baby locked up with her arrival to the world in a little bitty ol’ hospital room. No! I want this to be on national television with the stars, and I want everyone to watch… it’s like The Lion King! The baby would be like baby Simba!

Sounds like he’s already in the spirit for next week’s Disney performances! With performances for “Hero night” on Monday and “Villian night” on Tuesday, sounds like Jimmie’s plan for baby’s arrival could actually happen. Guess we’ll have to tune in next week and see!