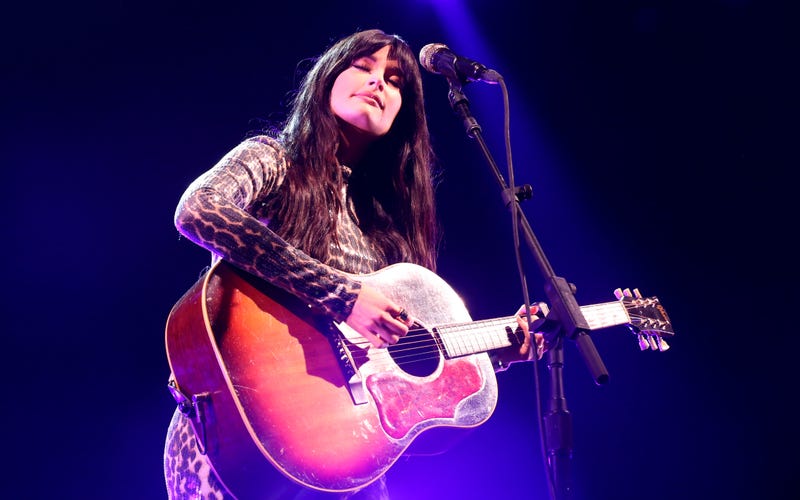 In the recent cover story, Musgraves details her past, present, and future. The “Oh, What a World” singer opens up about her divorce for the first time sharing, “It just simply didn't work out. It's nothing more than that.” Poetically Kacey adds, “It's two people who love each other so much, but for so many reasons, it just didn't work. I mean, seasons change. Our season changed."

The relationship, which inspired Musgraves’ cornerstone album, Golden Hour, has left the artist trying to determine her feelings around the institution of marriage. “Part of me questions marriage as a whole, in general," she explains. "I mean, I was open to it when it came into my life. I embraced it. I just have to tell myself I was brave to follow through on those feelings. But look at Goldie Hawn and Kurt Russell, they're doing something right." The “Space Cowboy” singer concludes, “I think I live best by myself. I think it's OK to realize that."

Additionally, the trippy Country star detailed her experiences while on a “guided mushroom trip.” Spacey Kacey tells us that the experience was far from “recreational” and rather that “it was like mental and spiritual labor. Like, 10 years of therapy in one sitting.” Kacey also adds that the trip was overseen by a doctor and timed to a 7 hours and 40-minute playlist, that was created by researchers at Johns Hopkins. She explains, “the idea is learning how to kill your ego. The ego wants control. The ego can misinform you, as a person, your outlook and your inward feelings toward yourself.… The idea is you can embrace your shadow self and your shadow emotions, almost as if it’s a character that needs love as well.”

While 2020 into 2021 has forced everyone to slow down, Kacey shares that ordinarily she copes with her anxiety by keeping herself busy but she adds, “I haven’t had that luxury this year. So I’ve been forced to sit with my sadness, sit with my anxiety, sit with my anger, sit with all the things that you normally can outrun… I think that’s kind of a beautiful thing.”

Kacey reveals that through her reflection this past year, she is spinning what she’s learned into a new album, which is set to drop this year. The “Pageant Material” songstress explains how she is attempting to understand tragedy, both personal and global, and reconcile the consequences of tragedy through her new music. “This last chapter of my life and this whole last year and chapter for our country — at its most simple form, it’s a tragedy,” she lays out. Kacey continues, “And then I started looking into why portraying a tragedy is actually therapeutic and why it is a form of art that has lasted for centuries. It’s because you set the scene, the audience rises to the climax of the problem with you, and then there’s resolve. There’s a feeling of resolution at the end. I was inspired by that.”