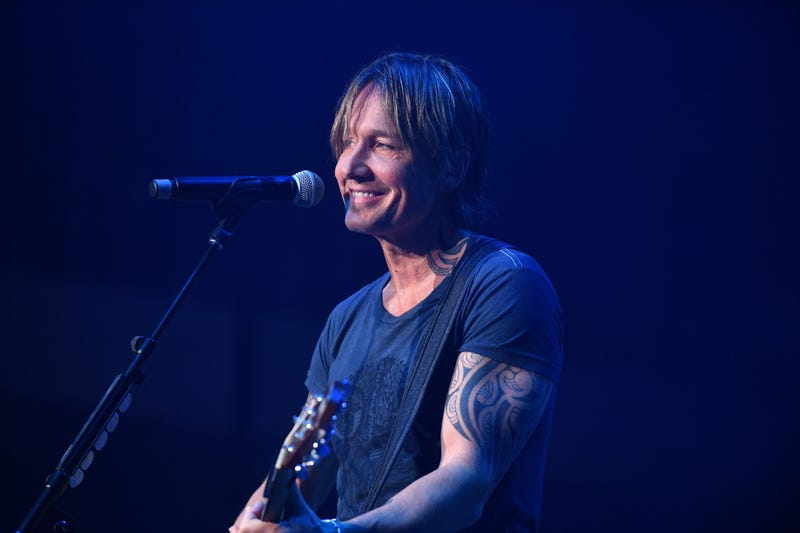 We love nothing more than a good underdog story, especially when it involves Keith Urban.

In honor of his new single, “Wild Hearts,” which encourages dreamers to never give up, Urban shared a throwback video on his Instagram of a time he could’ve easily given up, but decided to keep going.

The video shared shows Keith as a 16-year-old, auditioning for a singing competition with a judge simply telling him he isn’t “strong enough.” The look on young Urban’s face is heartbreaking, but our hearts are quickly mended when the video shows footage of Urban now, rocking areas… SOLO. His captions reads, “Sometimes, you just gotta prove ‘em wrong.”

The footage shared wasn’t the only time Urban was humiliated by judges from singing competitions as he worked hard to make his way in the music industry.

“I’ve been on the other side of the desk a few times before with singing competition, TV things in Australia,” Urban shared on an episode of the Armchair Expert podcast with Dax Shepard. “I know what it’s like to be completely crushed and humiliated by a judge. It’s horrible.”

Urban went on to share an audition experience from when he was just nine years old that further proves the rocky road he traveled to get where he is today.

“I was on a show called, Pot of Gold, in Australia when I was about nine and they had really scathing judge named  Bernard King. He was just mean, and that’s why they had him on the show,” Urban recalled. “He was just brutal. I sang a song and he said, ‘I desperately encourage you to escape the mediocrity. Get out of Country and Western and get into some real music’ and he said ‘otherwise you’ll end up sounding like Dolly Parton and being absolutely useless. Kindly learn to sing in tune.’”

Did he just diss Keith Urban and Dolly Parton in one statement? We object!

LISTEN: Keith Shares the inspiration behind his song "Wild Hearts"

Keith continued, “But what I remember most from it is I paid no mind except to the bit where he proceeded to say ‘Intrinsically, you’re a good musician.’ I said to my Mom, ‘Mom, what does intrinsically mean?’ And she goes, ‘Well, he says that you’re sort of, inherently, sort of a good musician,’ and I went, ‘Cool!’ I just ignored the rest.”

Whether you’re an “intrinsically” good at something or not, we (along with Keith Urban) say go for it! Haters gonna hate.