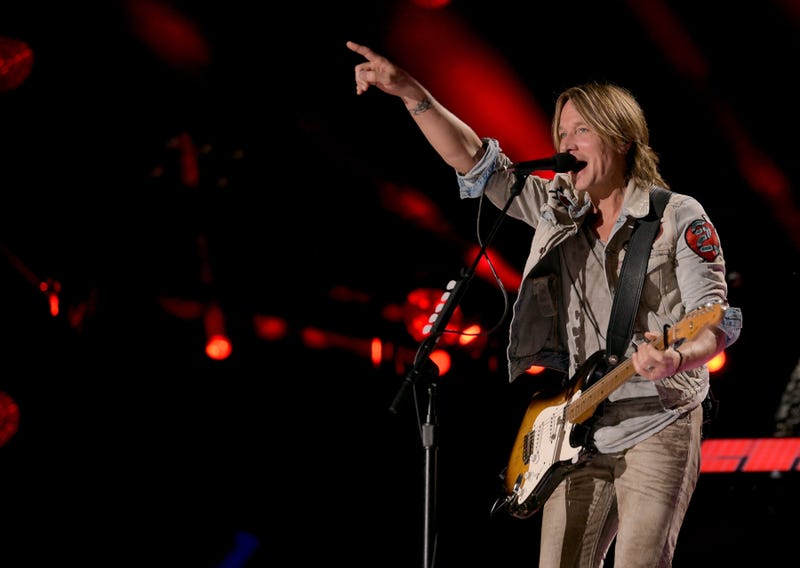 There is no one out there who is rooting for the “Wild Hearts” as much as Keith Urban is.

With his new single, Urban is giving a hefty dose of motivation to any dreamers questioning their journey and the legitimacy of their dreams. “It’s definitely a song I hope everyone can relate to and ideally be inspired by,” Urban told Audacy’s Coop.

The song, written by Brad Tursi (Old Dominion), Jennifer Wayne (Runaway June) and Eric Paslay (before getting some tweaks by Urban), spoke to Keith deeply through the chorus as it addressed the “lost ones.”

Urban’s encouragement for the next generation of music is never-ending and fueled by his own memories trying to make it in the music industry.

“I came up playing in the clubs where, particularly in Australia, it’s rough,” said Urban. “No one gives a crap about who you are, what you’re doing, so you walk out on stage there, which is what my experience was, and you’d see these guys with their arms crossed. Lookin’ at you like, ‘Who are you? What do you do? Why should I care about you…' That’s what I grew up having to play to.”

While it’s hard to imagine anyone with their arms crossed at a Keith Urban show nowadays, the less-than enthusiastic crowds still haunt Urban to this day.

“To this day…. I walk out imagining there are all these people out there with their arms crossed going, ‘Alright, do something! What do you do?’ And I’ve got to try and get them from the arms-crossed to putting the arms down to hopefully putting the fist in the air and I’ve got two hours to do it.”