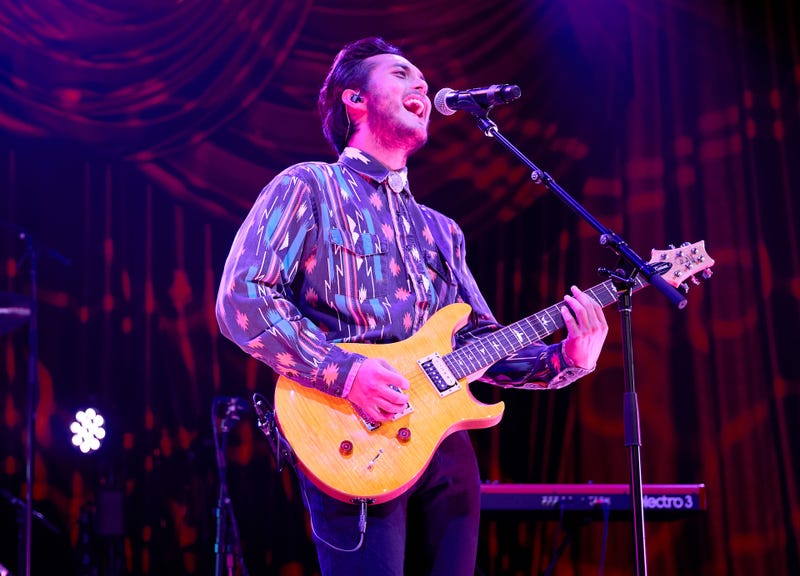 The Livingston, LA native is ready to make an impact in Country music with his debut album, Here’s To Anyone, available now. Filled with songs honoring his Country roots, Laine is more than ready to bear his small-town soul with songs that tell his story.

“For me, Country is a genre, but it’s also a way of living,” the 21-year-old told Audacy. “My roots run really deep where I’m from. Home is where I get my inspiration, it’s where I re-build, re-set myself. All these songs are related to down-home livin’ and Country stuff.”

He continued, “I’m excited to release some music for my fans, they’ve been waitin’ a good little while for it and I’m really excited about all these songs and the way they came out.”

The 11-track album, produced by Michael Knox, comes two years after Laine proved his promising potential as a Country artist as the season 17 winner of American Idol.

“To look back on that moment, it’s crazy to think about it because it happened so fast and it’s all a blur now,” Laine said of his time on the show. “I just can’t believe it sometimes.”

Since his big Idol win, Laine has seen continued success as he’s focused on songwriting and touring, while also having the opportunity to appear on some of the most prestigious stages in music, including Country’s historic Grand Ole Opry.

Laine stepped in to the Opry circle for his big debut on August 28. Dressed to the nines in a custom suit with images honoring his Louisiana and Korean roots, it was a night he’s sure to remember forever in a place that felt like home.

“I felt really at home once I got to know all the people backstage at the Opry,” he shared. “That whole building is really cool, you just feel… different.” I felt really comfortable there because everybody was so nice, felt like home.”

Laine’s album, Here’s to Anyone is available now.

Laine Hardy's Here’s To Anyone Tracklist: