Lee was recently forced to drop out of the 2020 CMAs festivities due to COVID-19 exposure, but the singer is looking good and was in high spirits all week -- which led Katie to wonder if he was playing hooky.

Brice admits that initially he thought he just had a headache due to being in the desert, but confirmed that he did have very mild symptoms and is currently recovering. "No major symptoms," he reports, but acknowledged the decision the CMAs made regarding his status. "You know, a positive test is a positive test and they don't let you play on the CMAs stage if that's the case." 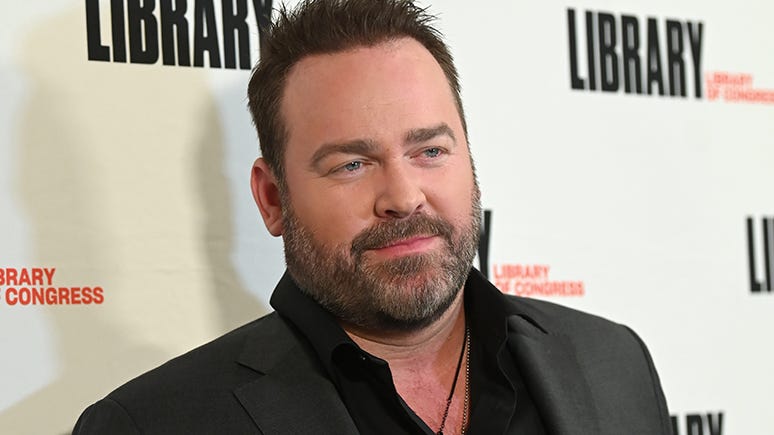 Now quarantining at his farm south of Nashville, Brice says he's been getting plenty of walks and "real deal" vitamin D while getting the important work done on his phone in preparation for his next record. His wife Sara and their three sons are at the family home nearby, also in quarantine due to Lee's exposure. Although she's beginning to feel the boredom, Lee says she's also been doing a wonderful job taking care of him with essential vitamins, oils, "and crap."

"I did everything she asked me to do."

Being separated from his immediate and touring families doesn't mean Lee is all alone. He introduced a brand new member of the family to Katie -- a charcoal lab puppy named Charlee -- who has been keeping him company while under lockdown.

The pause in touring has allowed Lee to spend more time with his three sons, something he admits could not have taken place with his hectic schedule. Aside from teaching the boys how to dig a ditch and hook up a trailer, he's also had the opportunity to simply relax and enjoy their company.

He says, "I've definitely put them to work," with a smile but also admits, "we've been fishing a lot and hunting a lot... it's been fun." 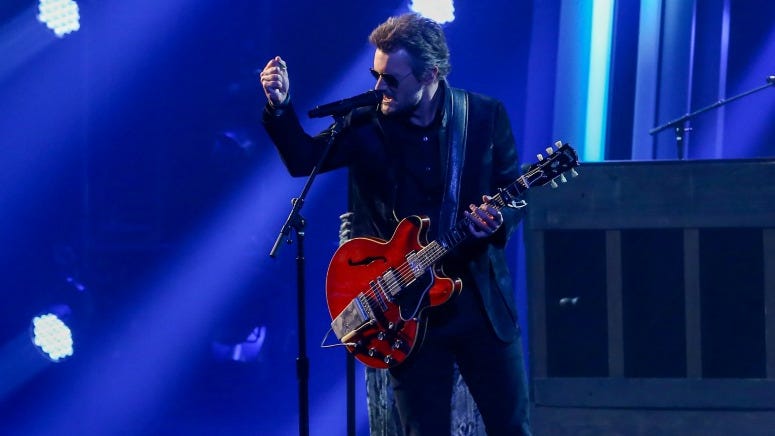 Even though his presence was missed at this year's CMAs, Lee did take home the Musical Event of the Year award alongside Carly Pearce for their collaborative single "I Hope You're Happy Now." Remembering the first time he heard the song, he says "I first thought, 'Wow! Classic Country duet.' I though like, '80s-'90s, a real duet... Country. And of course I was like, 'yes. I'm in.'"

He admits being asked whether or not he knew it would be such a hit, and says, "I knew I loved it... It was so different to me, in a good way to me, but I didn't know how everybody else was gonna take it."

"It tickled me pink to see a Country song, a real story, Carly's story... something that she wrote from a real place just take off and reach people like it did."

Following the success of the number 1 duet, Brice dropped "One of Them Girls," which also spent multiple weeks in the number 1 spot. Dedicated to first responders, the video features a look into the life of a woman juggling the very important work she does at home and on the job.

"We did that before all this [coronavirus] stuff hit," says Lee about the video's theme. "We made that video and somehow it lined up."

"I do a tribute to them every night," Brice says about his live shows. "Right before I sing 'I Drive Your Truck,' I talk about our first responders... I take time out of the show and really just break it down... People need to be reminded that we live in a great country that's built on a foundation of people who sacrifice their time, and their lives, and their family time for a bunch of strangers like us."

Be sure to watch the full interview with Lee Brice above, and listen every weekday from 2PM - 3PM on your favorite RADIO.COM Country station as Katie & Company bring you today's biggest hits with some extra insight from the biggest stars!