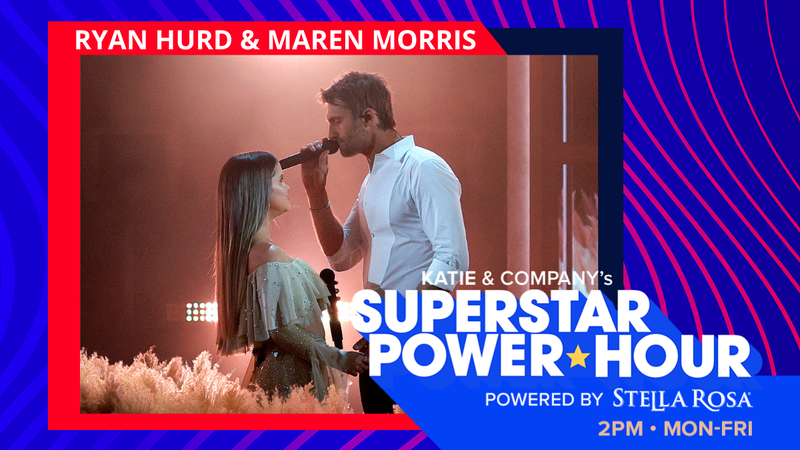 Audacy's Katie Neal welcomes Ryan Hurd and Maren Morris to our airwaves as this week’s co-hosts for the Superstar Power Hour on all your favorite Audacy Country stations nationwide.

We’re a week away from the CMA Awards and Country sweethearts Maren Morris and Ryan Hurd are celebrating a milestone not many other couples get to experience… being nominated for a CMA Award together.

The couple, who wed in 2018, received a nom in the Musical Event of the Year category for their duet, “Chasing After You,” which they wow’d fans with upon its release. The highly sensual song and music video gave fans a peek inside Maren and Ryan’s marriage, a part of their lives they usually remain tight-lipped about.

The song made it into the top 10 at Country radio, making Maren and Ryan only the third married duo to crack into a top spot on the charts over the past 20 years. Their success follows Keifer and Shawna Thompson of Thompson Square and Tim McGraw and Faith Hill.

Hear what’s new with Maren and Ryan every weekday from 2PM - 3PM on your favorite Audacy Country station as Katie & Company brings you the Superstar Power Hour!