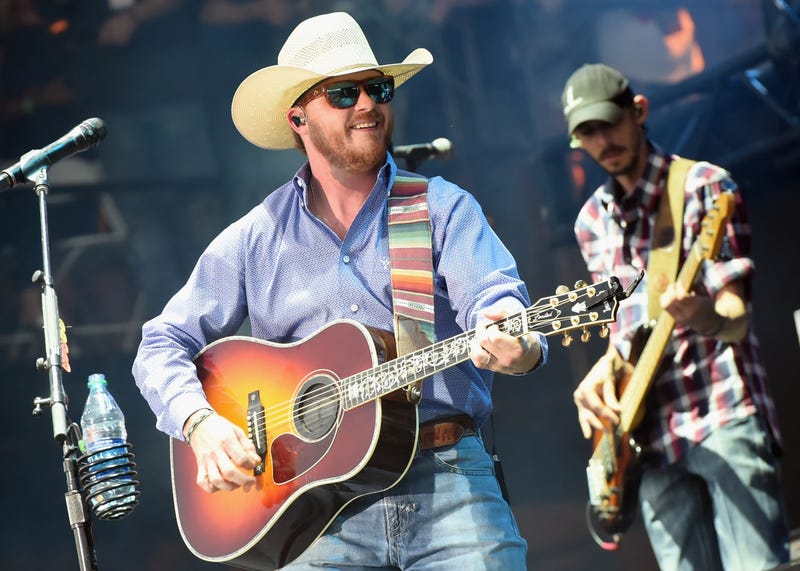 Hanging with Rob + Holly this week is Cody Johnson! Listen on your favorite Audacy Country station.

It doesn’t get more Country than former bull-rider and Texas native, Cody Johnson. A true cowboy and talented singer-songwriter, Johnson has captured fans with pure vulnerability in songs like, “On My Way To You,” and “Nothin’ On You,” and also brought the party with rowdy anthems like “Y’all People,” and “Welcome To The Show.”

“I don’t sing nothing if you can’t see my soul,” Johnson said. “If it’s ‘Long Haired Country Boy,’ when you see me, you know I can walk that walk, but when we’re playing a gospel song, I want you to know that I feel that, too… It’s a weird thing to want to show your soul to people and still want privacy in your life.”

As Johnson readies to bare his soul in a brand new, double album this fall, he’s started treating his loyal fan base to an early taste of the project by releasing two new tracks each month, beginning in June. So far, Johnson has released "Til You Can’t,” ”Longer Than She Did,” “God Bless The Boy (Cori’s Song)” and “Stronger.” Additionally, in May Cody released “Sad Songs And Waltzes,” featuring Willie Nelson, which will also appear on the 18-track project.

In addition to the double album, Johnson’s unique journey from rodeo to music can be seen in the upcoming feature-length documentary, Dear Rodeo: The Cody Johnson Story, with limited screenings beginning August 10. Featuring exclusive interviews and a look into his life like never before, Johnson says the documentary is “a love letter to anyone who has had to abandon a dream in order to find true purpose.”

Find out more and kick-off the weekend with Rob + Holly + Cody on your favorite Audacy Country stations this Friday night at 7PM. Plus, be sure to get your votes in for Rob + Holly's daily Top 7 @ 7 countdown!