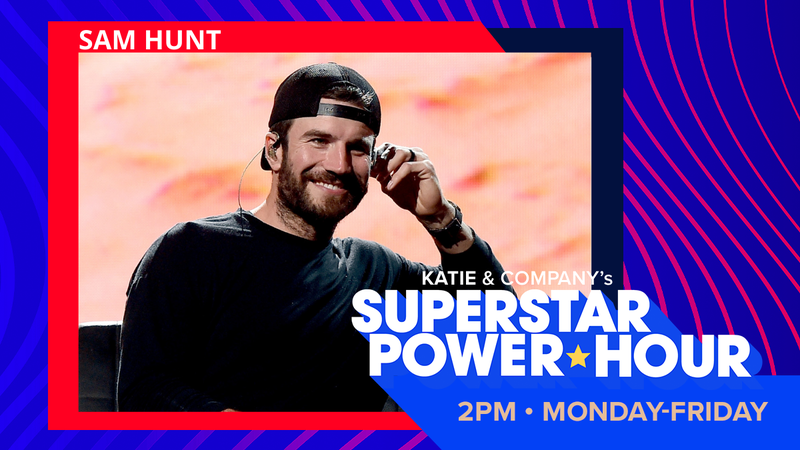 Audacy's Katie Neal welcomes Sam Hunt to our airwaves as this week’s co-host for the Superstar Power Hour on all your favorite Audacy Country stations nationwide.

As we patiently await a new album from Sam Hunt, we're happy to pass the time by attending as many of his 2022 tour dates as humanly possible. Sam took to social media to announce his Live 2022 tour kicking off February 10 in Scottsdale, AZ.

Tickets for most shows go on sale beginning January 18 and according to Hunt, more dates will be announced in the coming months.

Surely Sam will try out some new music on his live audiences in preparation for his highly-anticipated next album.

In early August he joined forces with Country newcomer, Ingrid Andress, for a song with a powerful play on words, “Wishful Drinking.” A month later he followed up with a nostalgic new tune, “23,” that gave us a new flavor from the 36-year-old Georgia native that still embodies everything we love about his music from crafty lyrics and strong instrumentals.

The recent releases have us more excited than ever for new music from Sam. While we don’t have any clues as to an official release date, we do know anything good is worth waiting for and one thing we can always count on with Sam is outstanding music.