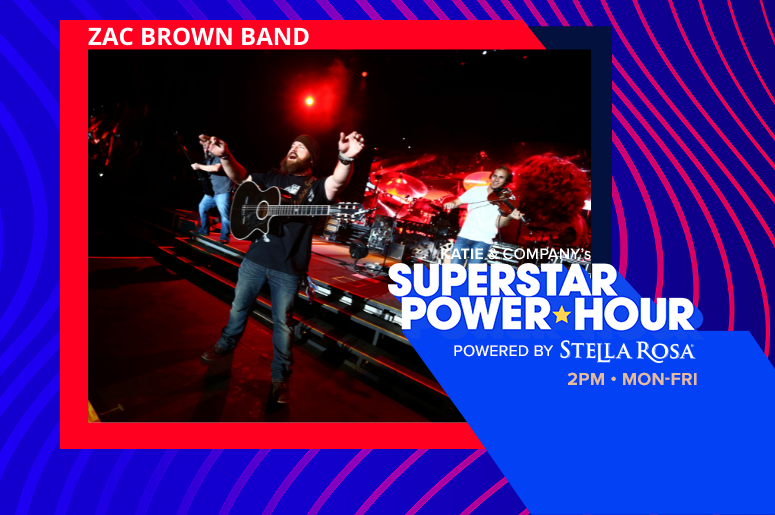 Audacy's Katie Neal welcomes Zac Brown Band to our airwaves as this week’s co-host for the Superstar Power Hour on all your favorite Audacy Country stations nationwide.

After pressing pause on their Comeback Tour due to frontman, Zac Brown, testing positive for COVID-19, the group is now healthy and ready resume their tour. Kicking off again in Jacksonville, Florida last Friday the tour will continued to run through the remainder of their scheduled shows through October 17 in Nashville.

In addition to their tour, the band is scheduled to release their highly-anticipated new album, The Comeback, on October 15.

The project will feature 15 tracks including the band’s current single, “Same Boat.” The Comeback is the the Zac Brown Band’s first album since the release of The Owl in 2019. Lead singer, Zac Brown holds songwriting credits on all 15 tracks and also served as co-producer for the album alongside Ben Simoneti.

“The Comeback celebrates our collective resilience as a community,” said frontman, Zac Brown of the project. “This music is about standing together and rediscovering our roots and what makes us human. We feel incredibly blessed to be back out on the road again, sharing these new songs with our fans. The only good thing about getting knocked down is The Comeback when it comes back around.”

Hear more about ZBB and what they've been up to by listening to the Superstar Power Hour with Katie Neal all week long on your favorite Country stations.

Also be sure to check out Katie Neal's personally crafted Leading Ladies exclusive playlist on Audacy, featuring all the music you love from Country music's leading ladies.