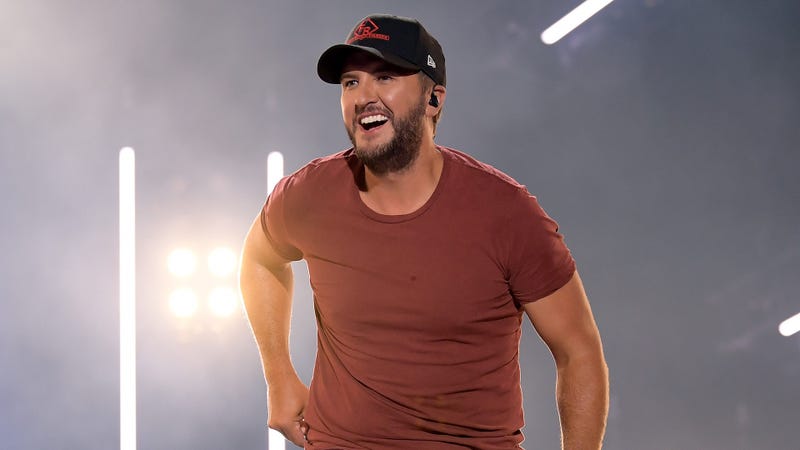 No one wants to get a flat tire… but maybe it wouldn’t be so bad if it meant meeting Luke Bryan! That’s exactly what happened to one mom, who got the surprise of a lifetime when Luke stopped to help her change a blown out tire on a backroad in Tennessee.

“When my tire blows in a curve in small town TN,” Courtney Potts captioned a video, showing Luke on his hands and knees in the street tending to her car. “Who stops to change my tire? Luke Bryan! My life is made!”

The post concludes with a photo of Potts, her young child and Luke, who is all smiles after a job well done. We love to see it!

Quite possibly, at the same time Luke was changing that tire in the middle of nowhere, his appearance as a guest on The Ellen DeGeneres Show aired. How’s that for a change of scenery?

Luke joined the show as a guest Monday afternoon as Katy Perry stepped in as a guest-host on her 37th birthday. The fellow American Idol judges talked about everything from their upcoming Las Vegas residencies, to Luke’s deep admiration (read: man crush) for Elvis Presley, Orlando Bloom and Lionel Richie.

“The Orlando time is my time,” Luke said of Perry’s husband, Orlando Bloom, who Luke teased he enjoys hanging out with more than Katy.

“Oh yeah, he loves hanging out with my dude,” Katy said before confronting Luke about an article she read confessing he has a man crush on fellow judge, Lionel Richie.

“Who doesn’t?” Luke responded. “The first time you meet Lionel, it’s cosmic… he’s just the coolest guy. He does that thing where he’s just always on, he never has a bad day, he’s never had a bad day.”

He continued, “You could literally call Lionel up at 3am and be like, ‘Hey man, I need some advice,’ and he’s be like ‘Whatcha need baby, whatcha need brother?’”

We’d argue the same can be said about Luke, who we’ll most definitely be our first call the next flat tire we get!