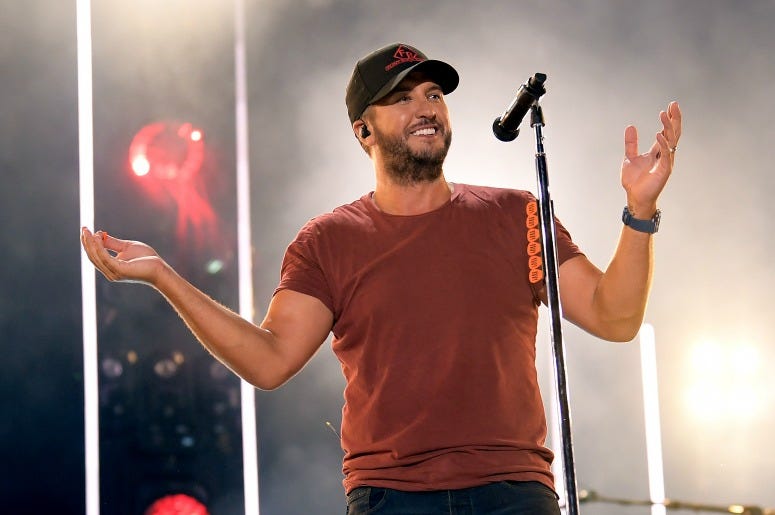 Balloons are so yesterday when it comes to gender reveals. They’ve got nothing on “Knockin’ Boots” singer Luke Bryan.

During a stop on the singer’s Farm Tour on Saturday in Oklahoma, Bryan spotted a sign of someone looking for help. “These damn gender reveals have gotten out of control,” he said as the crowd laughed. Bryan took an envelope from the couple wanting him to reveal their baby’s gender for them, as he asked the necessary questions before taking part in the custom. “May I see your pregnancy test? Who is the recipient of this child? And you’re positive?” he questioned to pair. “I’m just playing. You guys look like you’ve had sex together.”

The video of the exchange was posted by Ashley Link, who is having her first child and scored great seats for Saturday’s show. “Well, you better enjoy partying tonight cause your life is over,” Bryan joked.

As the drum roll began, Luke struggled to open the envelope. “You really sealed the **** out of this,” he complained. “I feel like I’m on Maury Povich right now.”

After several moments, Bryan finally got the paper out of the envelope, but the answer still wasn’t clear. “First of all it’s a green piece of paper,” he explained. “Congratulations you’re having an alien.”

After a complete reading, it turns out that Link and her husband are having a girl, much to the delight of the thousand in attendance.

The show was scheduled to be the last of Bryan’s Farm Tour, but the singer is set to make up two dates because of weather. You can check out the full list of upcoming dates for Luke Bryan here.