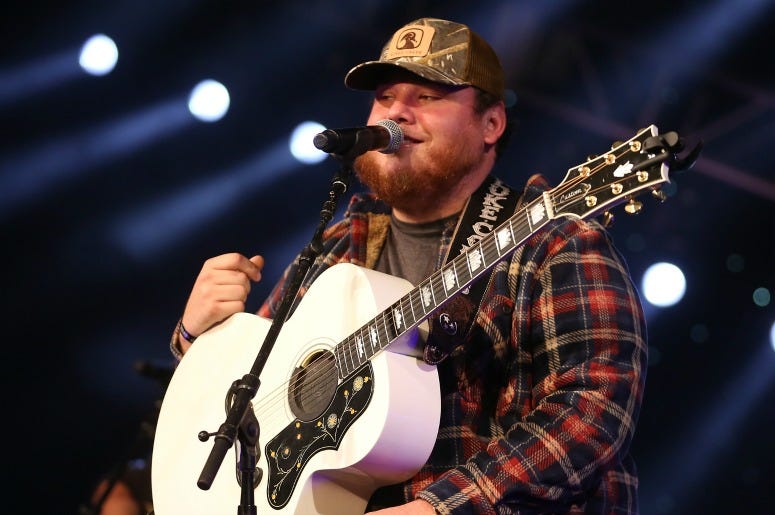 Country fans gave a hoot on Tuesday night, making the crooner champion of season 17 of The Voice. After weeks of competition, Jake Hoot secured a win for Kelly Clarkson, giving the songstress her third victory in four seasons.

“What is real life right now?!” Hoot tweeted shortly after the show. “I just can’t wrap my head around it. From the beginning when I thought it was fake, to winning the thang! Thank you to all you #hooters for making this dream come true! Love all yall!”

On a night of high profile duets with Little Big Town, Adam Lambert, and more, one of the biggest moments from The Voice finale came from Country’s biggest breakout of 2019. Hoot performed a song from Luke Combs on his blind audition, and moments before he was crowned the winner, Combs took the stage to perform his new song, “Even Though I’m Leaving.”

Combs voice soared per usual, breaking out of black and white to a colorful close to the season. The song is Luke’s seventh consecutive number one single, from his chart-topping album, What You See Is What You Get.

In a new interview with Billboard, Combs shares that he’s happy with all the success of 2019, but there’s still much more to do.

“No. 1 for me is always to write better songs. We've had a lot of success and I'm very thankful for that, but I always want to get better at that. And then always making the show better and that's something that we still have a lot of work to do,” he explained.

“We haven't been doing this that long comparatively to ... I mean, you go watch an Eric Church show. He’s been headlining arenas for seven or eight years now. Garth has been headlining shows that big for 20-something, 30 years almost, so there's a lot of catching up to do in that area. I'm really looking forward to the challenge of, how do we make every night feel like the best show we've ever played? I'm very intrigued by what that is, and how to figure those things out - and there’s no other way to figure it out other than going out there and doing it.”

Luke Combs returns to the road in January. You can find the full list of upcoming dates here.