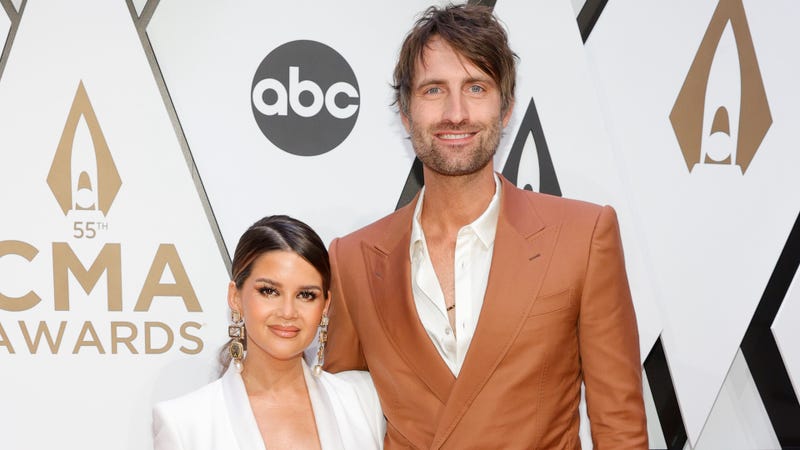 The last year and a half has gifted Country couple Maren Morris and Ryan Hurd something they haven’t known much as a couple — downtime, together.

“It’s so odd to think about our first few years being together were mostly just criss-crossing the country and having to like, make time for each other,” Ryan told Audacy’s Katie Neal. “Being given like 18 months of being at home, I think for a lot of people was really hard, and we had our hard moments, but we got to actually hang out for the first time.”

Anyone who follows Ryan and/or Maren on socials knows learning to cook is one thing they spent a lot of their newly-found downtime doing. We aren’t talking microwave dinners and 10 minute pizzas… these two went all out.

“I never cooked before this year” said Maren. “I really was just trying new things and cooking was one of them and we both just really got into it. I now know, really well, how to roast a chicken perfectly. I think the hardest thing I’ve done is like, searing short-ribs… that’s like an 8-hour process.”

It wasn’t all calorie intake for the pair with their new love of cooking. They balanced things out by finding some new physical hobbies as well, Maren with tennis and Ryan with golf.

“I’m not the most athletic person, it’s not a natural sensibility that comes to me, like it’s more so for Ryan because he grew up playing every single sport” admitted Maren. Phew! Glad to know she isn’t good at everything.

“With tennis, I love that you can be young or old and play it until you’re like, 100,” she continued. “You see people out there killing it on the tennis courts and they’re like, 80 years old.”

Sounds like we know where we can find Maren when she starts touring again…. A tennis court near us!