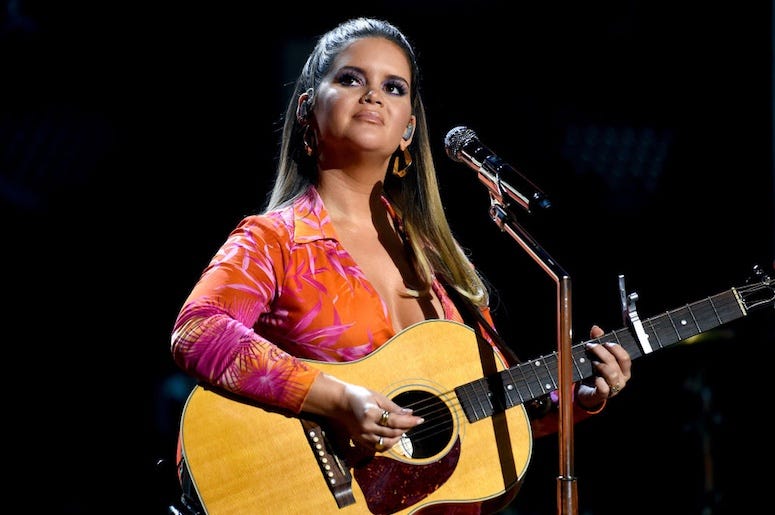 With one week to go until the election, Maren Morris has gone public with her vote. She’s endorsing the Joe Biden/Kamala Harris ticket.

In a lengthy Instagram video, Morris explained why and how her upbringing in a conservative Southern family helped influence her. “I’m a singer-songwriter, a businesswoman, and a proud Texan now living in Nashville, Tennessee,” she said in her opening remarks.

"Coming from a Southern family with a conservative background, throughout my childhood, I was always taught to treat people with respect and dignity, no matter their race, their religion, their sexual orientation, and yes, even their political party," Morris said.

"But like a lot of us, I’ve been in perpetual shock watching what’s happened to our country these last few years. We’ve been divided and pitted against one another. We’ve seen the forces of hatred, not just reserved for the awkward Thanksgiving dinner conversation with a crazy relative once a year, but out in the open, encouraged and supported by the President of the United States."

Maren Morris and Ryan Hurd welcomed their first child into the world this past March, an experience that has altered her perspective on the world.

"It wasn’t about just me anymore, it was about him and all of our children’s futures in this country," she explained. "What will they make of this moment 20 years from now?"

That viewpoint was echoed in the release of her latest song “Better Than We Found It.”

"I voted early for Joe Biden and Kamala Harris, and for Democrats down the ticket here in Tennessee because we need leadership that is kind, compassionate and that cares," Morris said.

"Leadership that will unite us to overcome this pandemic, to put us back to work again, end systemic racism and work every day to ensure we leave this world to our kids in better shape than we found it."

"It’s time we tell someone that he’s fired," she concluded. "And let’s elect a President and Vice President who believe in the best of what America could be and who will work every day to ensure that we, once again, stand united, because divided, we fall."