Mickey is feeling the weight of quarantine as she hopped on a Zoom call from an empty room, where usually the hustle and bustle of artists arriving and interviews aplenty would be enough to make your head spin.

But joy has found its way into Mickey’s heart during these trying times – aside from the new EP, she and husband Grant Savoy announced back in August that they are expecting their first child in 2021.

“Two years ago, this wouldn’t have been a possibility,” says Guyton. “Here I am, I’ve never been on this side of blessings before. It just really goes to show you that when God has a plan, just follow it, even if it takes a long time. It’s so easy for us to get in our head and be like, ‘what is going on, God?’ I hate to get preachy with people, but it’s so true. I'm overwhelmed with how beautiful this has been.” 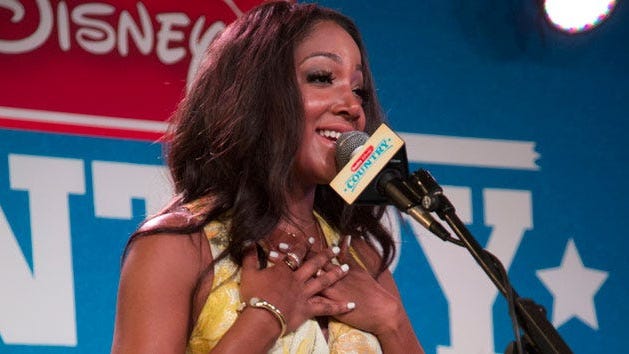 Mickey Guyton Is Pregnant: 'My Life Completely Changed in an Instant'

In the era of COVID, Mickey has been using her platform to keep in touch with her fans in a unique way – giving out a phone number on her socials and hopping on the Community app to keep that needed human connection.

“It’s a specific phone number for this app,” she explains. “So I can log onto the app and actually send text messages to people on their phones, personal ones... You go on there and can see if it’s someone’s birthday and shoot them a text saying ‘happy birthday,’ so they have a birthday message from me.” 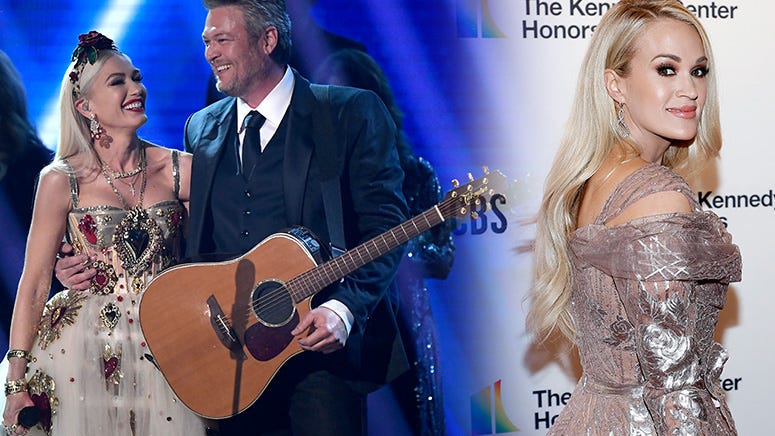 Fans will also be happy to see Mickey take the ACMs stage this Wednesday, September 16 live from Nashville for her performance.

"It is such a blessing. I'm performing my song "What Are You Gonna Tell Her?" with a surprise guest that I can't say... It's a girl dad," Mickey hints. "It's gonna be so cool."

While Mickey overthinks everything in life as a Gemini; from her upcoming performance, being back on the scene, following up the release of her single "Black Like Me," and of course her pregnancy, she says she's going to try take it easy and remember that this is all for the greater good.

"When I first released 'Black Like Me,' was right when I found out I was pregnant," says Mickey. "So, it was really difficult, you know. I wasn't feeling good, to talk about your life, and talk about some not-so-great parts that happened in your life, but it's really cool to be able to tell my story and something that I've lived with and only kept to myself. To be able to put it out there has been really cool." 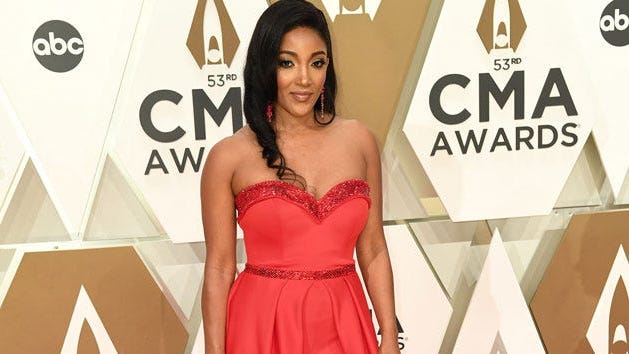 Mickey Guyton Powerfully Shares Her Truth in New Song, 'Black Like Me'