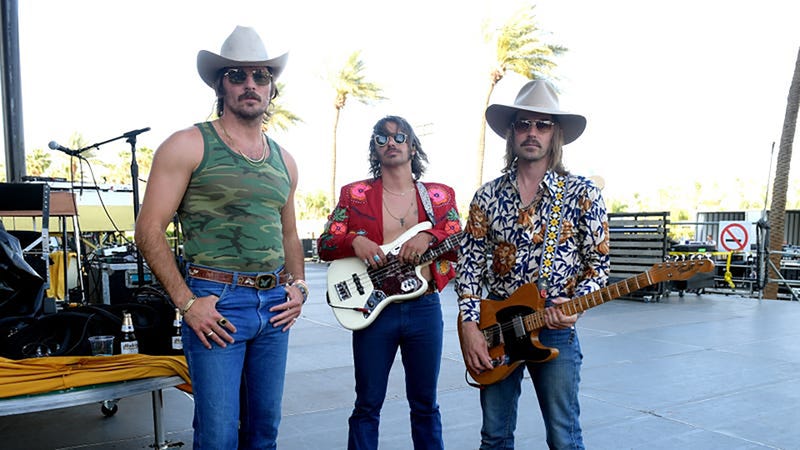 Country trio Midland is a vibe. And while they’re mostly known for their cool cowboy style and easygoing ways — it isn’t always hunky-dory for these Texas boys who say they can fight like hell with one another.

Some of the group’s bickering can be seen in their recent documentary, Midland: The Sonic Ranch, which released earlier this year. While arguments over creativity and music are expected to come up, Jess Carson, Mark Wystrach and Cam Duddy say their common goal to release the best music possible and respect for one another helps them make up quickly.

“What you’re seeing in this documentary is unedited,” Mark told Audacy’s Rob + Holly during a recent interview. “It’s a very intimate look into this band and essentially, it reflects the journey that we’re on.”

He continued, “We all have this goal to make great music [and] we won’t let anything get in the way, essentially of the music. So we do fight, but we always make up even faster.”

While many disagreements end up being about their music and the creative process, it turns out they have fought about some pretty stupid things as well… like backgammon and bowling.

“One of the biggest fights we ever got in, over the dumbest thing, was Mark and I got into a near fist fight… playing a game of backgammon,” said Cam.  “We get to an end pass where there is a discrepancy in the rules and I couldn’t get a hold of my step mom in time so this game evolves into us screaming at each other.”

He continued, “I grabbed the backgammon board and I closed it and I walked out the room and I was screaming at Mark. I think I immediately threw it into the trash can on my way to my hotel room. I’ll say this, hat in hand, I did finally get a hold of my step mom and she cleared up that Mark was right and I was wrong about that.”

Luckily no one ended up harmed in that game of backgammon, but the same can’t be said about an incident at the bowling alley after a show, which involved a fist fight, tower of pizza boxes and the band’s innocent drummer, Robbie.

“For some reason there was a stack of pizza boxes, I don’t know, like a dozen pizzas,” said Jess. “They [Cam and Mark] break out fighting in this bowling alley and this tornado of them fighting rolls straight over our drummer, Robbie, and then into this stack of pizza boxes.”

Cam chimed in, laughing, “Robbie was just walking by, minding his own business, eating pizza, and he got thrown through this pile of pizza, like you see in WWF… it was like end of the fight, like ‘Oh, we got Robbie.”

Jess continued, “This was in some small town that we had just played and there were a bunch of like, fans at this bowling alley and they were just dumbfounded — they couldn’t believe what they were seeing.”

Note to self: when we see Midland in a fist-fight, it’s completely normal. They’re fine Everything is fine.

The group recently released their Last Resort EP, which can be streamed everywhere now. The 5-song EP includes tunes that will be included on a larger Last Resort full-length album in the coming months.