The 2019 CMA Awards are a great opportunity to see all of our favorite artists in one place. It’s not surprising to spot Carrie Underwood talking with Thomas Rhett, or Blake Shelton laughing with Luke Combs. From the seats to the stage, the CMAs bring everyone together.

However, there are still some awards at stake, and some artists will do anything to walk away a winner. Midland is back at the CMA Awards after scoring their first nomination last year, and they are not taking any chances in 2019. When asked about their competition in the Vocal Group of the Year category, the trio went right for Little Big Town.

“They’re fantastic performers, Rascal Flatts actually sing all their parts for them on their records,” Cameron Duddy from the band says slyly in an attempt to take down the “Over Drinking” group. “They’re pantomiming on stage.”

“One of Nashville’s dark secrets” adds Mark Wystrach, as all three sip mischievously from their coffee cups. “I’m exposing you guys. This is it. The truth is out,” Duddy continues as a smile spreads across his face. 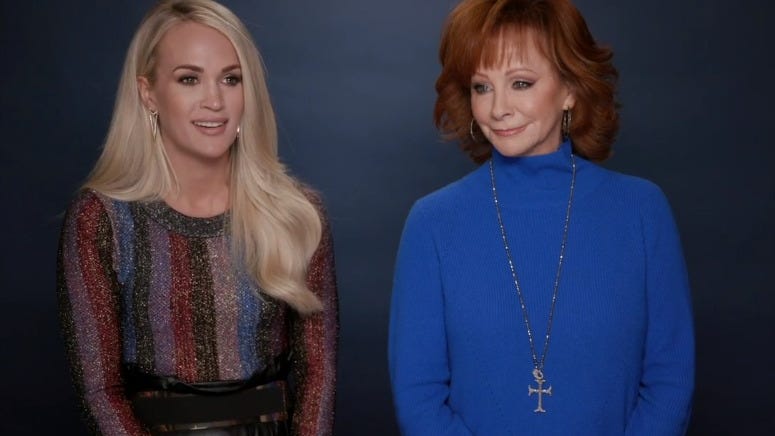 We went to Little Big Town with these shocking claims, and they were quick to offer their own tough talk for the “Drinkin’ Problem” group.

“Well first of all, you say you’re really country, but you had Starbucks in your hand,” Karen Fairchild says seriously with a flick of her finger towards the camera. “We on the other hand, are drinking whiskey at noon.” She has a point, as the four are gathered around the RADIO.COM table, each with a glass of whiskey in their hand.

“Also, we’ve seen you in your underwear a lot,” Kimberly Schlapman chimes in. “What we see backstage in the underwear and what we see on stage is, I don’t know.”

“Shall we say embellished,” Jimi Westbrook jumps in. “Embellished or stuffed,” Schlapman comes back in with air quotes.

WATCH MORE: Midland Re-Open 'The Palomino' For One Night

Maybe Midland messed with the wrong group. Not only has Little Big Town won 9 CMA Awards and 2 of the last three CMAs for Vocal Group of the Year, they go right for the jugular of stuffing underwear. In the end, the guys resign themselves to the fact that they are going to lose to the group, perhaps wounded by pants packing claims or a renewed sense of modesty, either way they are already envisioning their victory.

We’ll find out for sure when the 2019 CMA Awards happen live from Nashville on Wednesday November 13 at 8PM ET / 7PM CT on ABC. Be sure to check out our coverage hosted by Luke Combs, including the CMA Red Carpet Countdown one hour before the show starts, right here and on the RADIO.COM app.