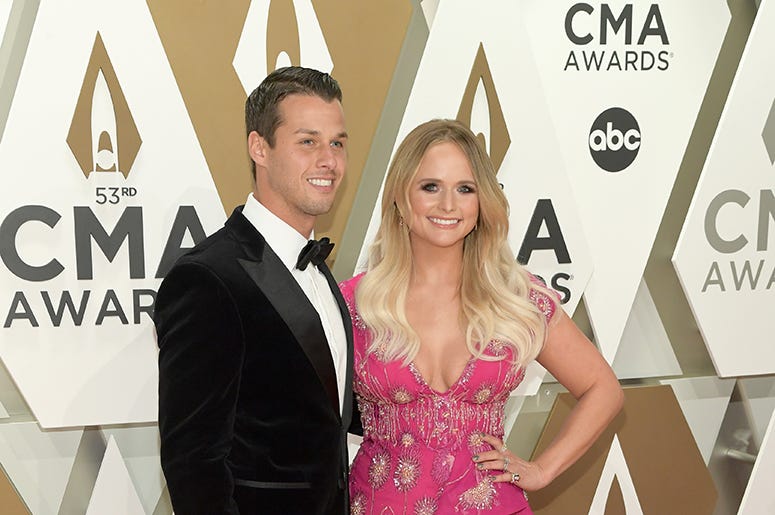 It's a big day for Country star Miranda Lambert, as we count down the hours to the release of her brand new video for "Settling Down."

For her part, Miranda is extra excited to drop her latest visual since it's the first time she will be featuring a sweetheart -- and obviously, that person is her husband, Brendan McLoughlin.

"It's really special," Miranda tells RADIO.COM's Kelly Ford. "I've never had a video in 18 years in the business with a love interest, and so it's kinda funny that my husband's my first one."

It also helped that he was cheap labor and didn't have to quarantine. "I'm like, 'you're cute, you're here, and you're free,'" Lambert joked. "It was fun; he did such a great job... and our little dog is in it, and our ponies. It's at my magical-happy place an hour away from Nashville."

It's adorable the way the couple have settled into their new marriage, and what's equally adorable is the way Miranda shows off her beau as he does normal tasks around the house like weed-whacking, cooking and bailing hay, shirtless.

"I mean, you're not supposed to take your shirt off when you bail hay, but he doesn't know that because he's from the city," Miranda says about her former NYPD hubby. "So I was like, 'you should take your shirt off and let me photo because that's how this goes."

"It was funny because everyone was commenting like 'you can't bail hay with no shirt, it's so itchy,' so he found out the hard way, but it's a good country lesson to learn."

At this year's Country Music Awards airing on November 11, Miranda is up for a total of seven nominations, putting her career tally of nods at 55. That lands her in the prestigious company of fellow artists George Strait, Alan Jackson, and Brad Paisley to name a few... a testament to the hard work she has put in over the years.

"It's crazy, I don't really process it sometimes," Miranda says humbly. "The moments I do process it, I am just thankful and grateful, but it also makes me want to work harder... want to just stay in the game and want to be a part of this Nashville family. Because it's important, it's my life's work. But music's also my hobby and my passion. So really it's kind of what I've given my whole life to, so to have it be recognized is nice and it's validating and it's also a fire that you need." 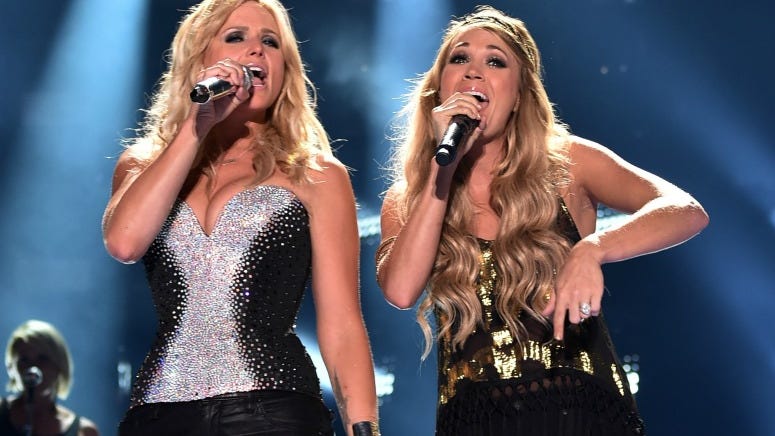 Up for 2020 CMA Entertainer of the Year alongside her friend and contemporary Carrie Underwood, Miranda is thrilled that they share the nomination, and reminded us of the amazing things she said about Carrie after the 2019 awards show. "I voiced my opinion last year," Miranda laughs, "and I still feel that same way but I'm glad to be in company with her and with all the entertainers... I think the lineup actually looks really, really good... I think it looks deserved."

Looking forward to the holidays, Lambert says she and her mom have been discussing a Thanksgiving getaway this year. And as for Santa, well, she hopes the jolly fellow brings her a little something in a bottle --- just like the rest of us!

Be sure to catch the premiere of Miranda's "Settling Down" below at 6PM ET / 3PM PT on October 21.