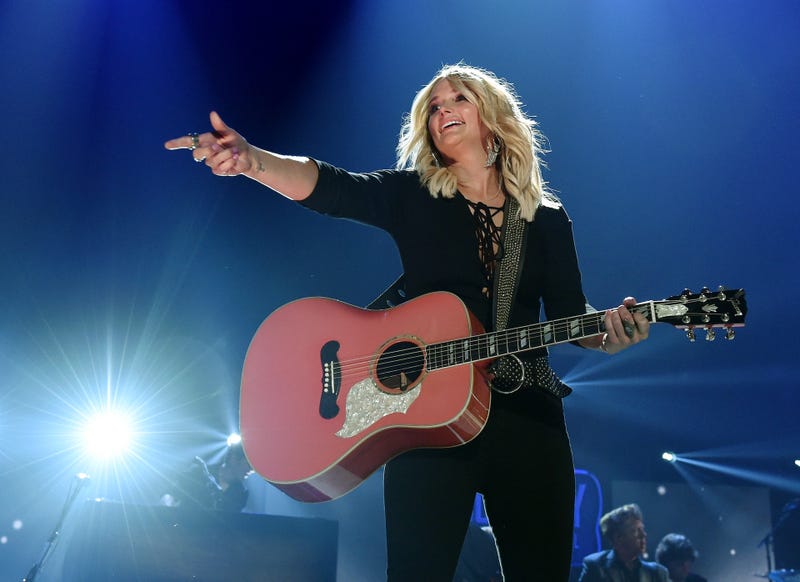 Miranda Lambert took her “fur mom” status to a new level this weekend by adopting a pair of goats. Consider this your warning… Their names will have you craving chips and queso. 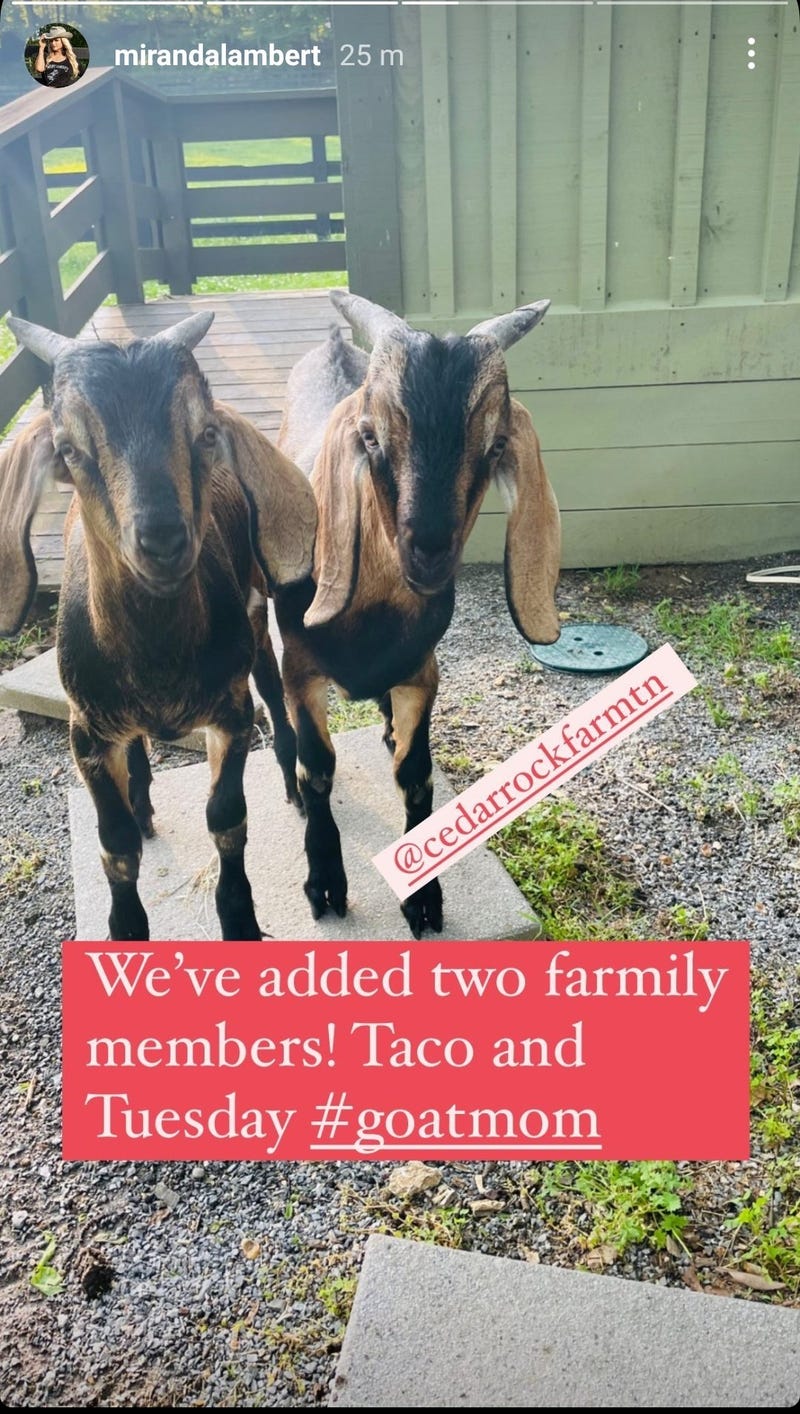 The adoption comes a month after Lambert took to Twitter to compare herself and "Drunk (And I don't Wanna Go Home)" collaborator, Elle King, to goats after their opening performance at the 56th Annual ACM Awards.

The “Bluebird” singer tagged Cedar Rock Farm in Tennessee on the post, which is where she, and husband Brendan McLoughlin, supposedly adopted the goats from.

Lambert is no stranger to adopting animals or doing what she can to help those in need. She and her mother, Bev, founded Mutt Nation Foundation in 2009, in an effort to “help shine the spotlight on rescue animals and shelters and ensure as many dogs as possible would have a safe and happy place to call home.”

In honor of Mother’s Day, Miranda posted a photo of her and her mom with their dogs, wishing a “Happy Mother’s Day to all the mamas out there.”

Aside from all of her fur babies, Miranda is the step mother to Brendan’s two-and-a-half year-old son from a previous relationship.

The couple recently opened up about the new house they are building together and Lambert’s plans for building a “new magic porch.”

Miranda released a new album, The Marfa Tapes, alongside Jack Ingram and Jon Randall last week. The project features raw audio of the three musicians accompanied by their acoustic guitars in the fields of Marfa, TX.

A documentary highlighting the project was released via Lambert’s Instagram last Friday and was available to viewers for only 24 hours following.