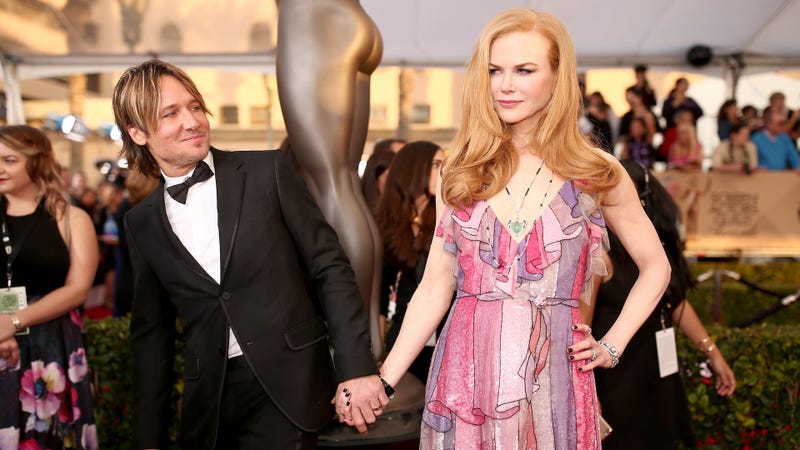 Blue may not be his color, but “Crimson Blue” — now, that’s a different story…

Urban recently took to Instagram to reveal the release of a new song, “Crimson Blue,” featured in the finale of the Hulu series, Nine Perfect Strangers. In honor of the release, and series finale Urban whipped up a one-of-a-kind blue smoothie with one very special ingredient added by the show’s Masha, played by Keith’s wife, Nicole Kidman.

In a video posted to his account, an enthusiastic Urban can be seen mixing together some rather questionable ingredients for a special “Crimson Blue” smoothie with a lurking Kidman, fully in character, in the background.

“Today we are making a very special smoothie for the brand new song we have called ‘Crimson Blue,’” Urban says before he starts mixing together ingredients like blue milk, blueberries and bleu cheese (yuck!). The last ingredient Urban calls for is something crimson, which prompts “Masha” to eerily enter the scene with a red substance in an eye dropper.

“Relax,” Kidman says in character as she drops crimson into the mixture.

The clip perfectly captures the essence of the new song, as well as the  feel of the show featuring Kidman’s mysterious character causing nine strangers to “not know what hit them,” as they seek healing for their tired minds and bodies at a retreat.

Nine Perfect Strangers is available to stream now on Hulu, while Urban’s song, written alongside Sean Small, Breland, and Sam Sumser is now available on all music platforms.