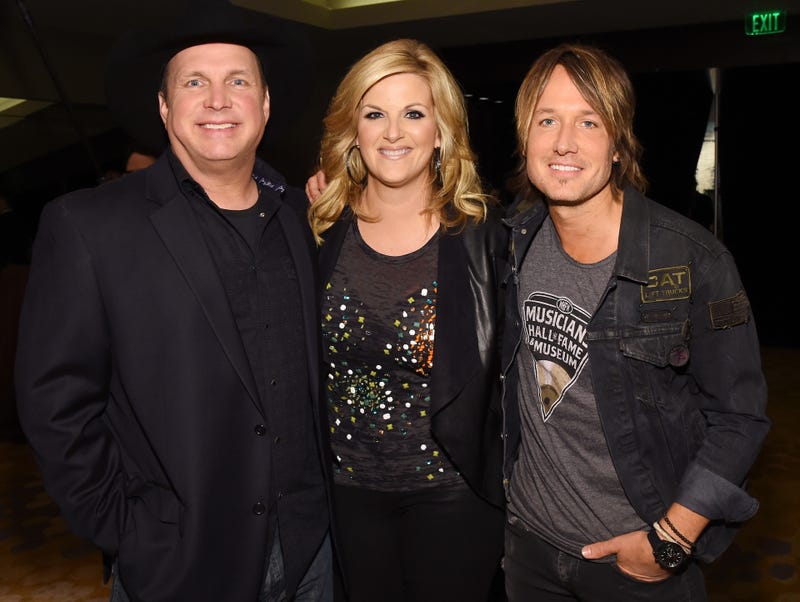 During a benefit show hosted by Loretta Lynn at Nashville’s Grand Ole Opry Monday night, Nicole Kidman made quite possibly the most adorable Opry debut ever and it’s all thanks to her rock star hubby, Keith Urban.

Urban lead off his set with fan favorite, “Blue Ain’t Your Color,” followed by a heartfelt rendition of “Wasted Time.” Following the second song, Urban whipped out a Sharpie and signed his acoustic guitar to be auctioned off to raise more money for the show’s cause — Middle Tennessee flood relief.

The always humble Urban didn’t find his signature enough, so he kindly asked newcomer, Breland to add the the masterpiece, just before calling his wife, Nicole Kidman, from side-stage to sign it as well.

A giddy Kidman ran on stage to add her name to the shining guitar, while also taking full advantage of the moment as she stepped up to the microphone announcing to the crowd, “I've never been on this stage at the Opry! Wow!”

OK… Garth Brooks and Trisha Yearwood did give them a run for their money as they took the stage together and commanded it like only a married couple could.

Before kicking off their first duet, Garth looked at Yearwood playfully saying, “Are you ready? Make sure you come in on time.”

“If you come in on pitch, I’ll come in on time,” Trisha quipped. HAH!

The couple continued to keep things playful as the performance went on, pretending to “break up” in order to get in character for a performance of their 2016 song “Whiskey To Wine.”

Not to worry, the “break-up” lasted all of two minutes and was resolved as they moved into a mash-up of their best solo hits including Trisha’s “She’s In Love With The Boy,” and Garth’s “Friends In Low Places.”