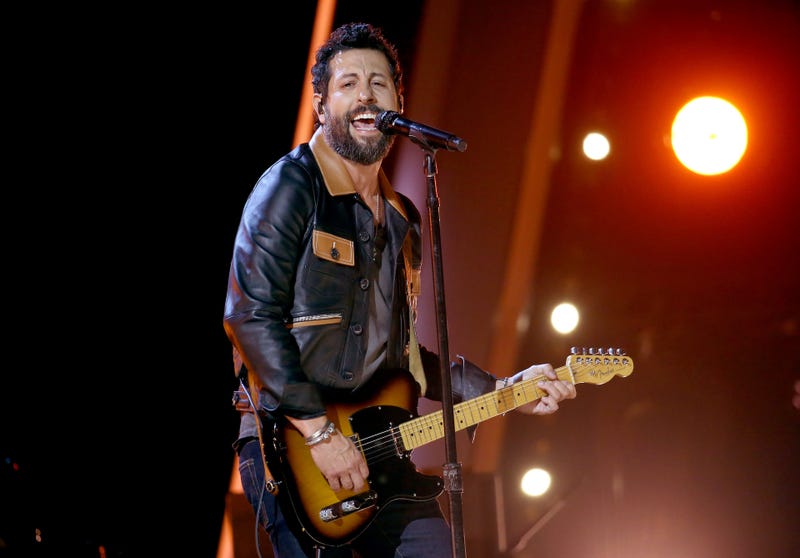 Sending all the get well wishes to Old Dominion’s lead singer, Matthew Ramsey, who is recovering from a recent accident.

Listen to your favorite music now on Audacy and shop the latest from Old Dominion.

Despite the rather concerning injuries he told fans about in a recent post to social media, the 43-year-old singer seems to be in good spirits.

“How many OD members does it take to change a lightbulb?,” Ramsey captioned a post on the Old Dominion Instagram page. “Well, after a broken rib, collapsed lung, and various scrapes and bruises, I found out the answer is ‘More than one.’”

He continued, “Back home and recovering now with all the fun pills. Y’all be careful out there and get someone to hold your ladder.” Ouch!

Fans were quick to flood the post with well-wishes and love for Ramsey, who revealed less than a week ago that he’ll be hitting the road with Old Dominion for the Band Behind The Curtain tour.

“You've wondered and you've waited patiently,” the group posted. “We couldn't be more excited to finally announce our Band Behind the Curtain shows for 2021.”

It’s been an eventful year for the group so far as they were named ACM Group of the Year at the 56th Annual ACM Awards, and also hit the charts featured in Country new-comer Caitlyn Smith’s song, “I Can’t.”

The group also joined Audacy’s Kelly Ford to celebrate Mother’s Day with  the always entertaining, Mom Match Game. The game revealed hilarious details about the guys including a memory Matt’s mom shared about knowing he was “destined for fame,” since he played  t-ball.