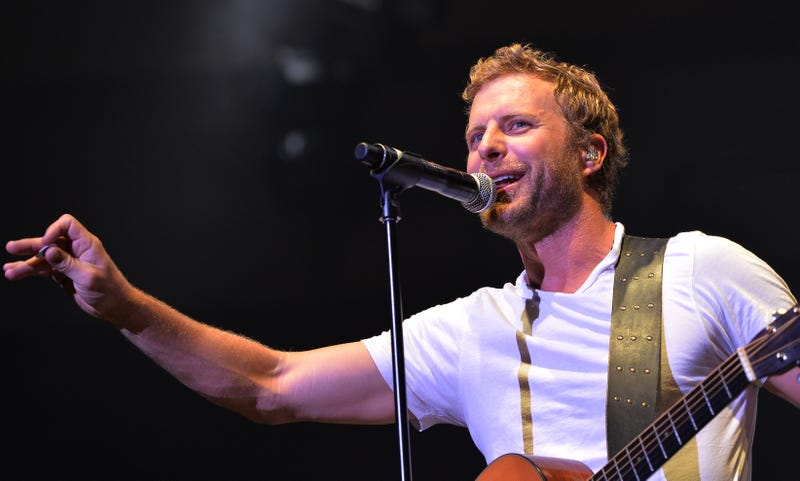 It was an early morning for Country star, Dierks Bentley, who joined Good Morning America’s Ginger Zee for an Instagram live ahead of his performance on this morning’s show.

Listen to your favorite music now on Audacy and che﻿ck out the exclusive Country Love playlist, available now!

Six minutes into the interview, while discussing his hit song, “Somewhere On A Beach,” Dierks got up to show viewers the scenery from his hotel patio, but ended up crashing a wedding anniversary instead.

“Oh, we got some neighbors over here,” Dierks said as he walked onto the patio, holding his phone up over the fence. “Doing an interview with Good Morning America,” Dierks told to the couple, who seemed to be enjoying some sunshine and coffee on the patio.

“It does not get better than this,” the friendly wife responded, as her husband continued to sip his coffee. “Hi, Ginger, how are you?” She said after Dierks introduced the two. “It’s our 55th anniversary,” she shared.

“55th anniversary?” Dierks responded. “Wow, sorry I dropped in on you like that! Anyways…”

Dierks performed his most recent #1 “Gone,” as well as fan favorite, “Somewhere On A Beach,” during the morning’s show. Fans can prepare to see a lot more of Dierks as he prepares to kick-off his Beers On Me Tour next month.