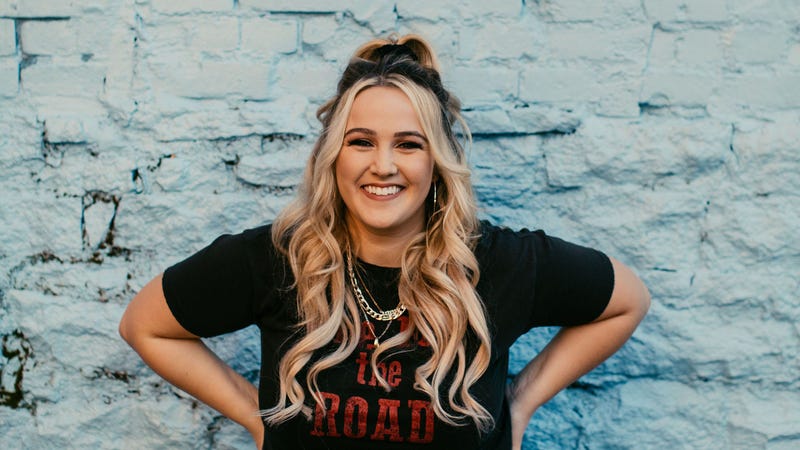 In honor of Women’s History Month, we're celebrating the power of Women in Country by honoring iconic heritage female artists, showcasing the genre's rising stars, and spotlighting today’s hit female artists. Today RADIO.COM welcomes Priscilla Block! Don't miss her full interview and performance of "Just About Over You" above.

Priscilla joins RADIO.COM's Rob + Holly as the success of the TikTok star's 2021 single "Just About Over You" continues to make its way onto playlists and into the charts. She's without a doubt the "next" woman to hit it big, with incredible songwriting skills and a voice to match.

Aside from the natural choice of Dolly Parton as a major female inspiration in her life, the North Carolina native considers Carrie Underwood and Miranda Lambert among women she looks up to in the industry. "I mean, there's a lot of women that are kind of huge right now," she says. "Maren Morris, Kelsea Ballerini, Lauren Alaina..."

"It's kind of funny. When I first moved to town, I wanted to be Taylor Swift," Priscilla admits. "If you listen to old videos of me, I sounded just like Taylor Swift. I would sing just like her. I think as time went on I started writing a lot and found my own thing. But I think I pull a lot of inspiration from Miranda Lambert and Kacey Musgraves... yeah."

Describing herself in just one word, Priscilla is looking to make "HotMess" a new word. "I just am, you know. Always flying by the seat of my pants and I'm either laughing or crying," she says. "It also depends on what I'm drinking! I could go either which way!" Organized chaos, if you will. "I'm so blessed to have people that are keeping my stuff straight, because I can't," she laughs.

Speaking directly to anyone looking to make their way in Country music, "I would just say to stay true to who you are," says Priscilla. "I think just being a woman in Country music, I thought that I had to sound a certain way or look a certain way. I think it's so important to be who you are, own it, and stay in your lane. 'Cuz I'm not gonna be Taylor Swift, and I'll never be Carrie Underwood. I love Carrie Underwood, but my legs... it's never gonna be a thing. That wasn't in the cards for me. So, I just think it's owning who you are."