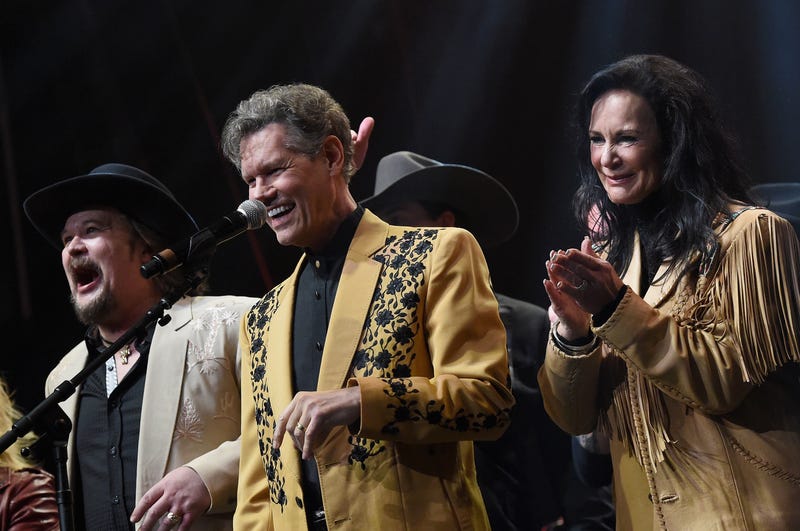 Nashville music-lovers were out in full-force last night to celebrate the 10-year anniversary of Whiskey Jam, the city’s beloved bi-weekly music event dedicated to highlighting up-and-coming singer-songwriters in Music City.

Inspired in 2011, after playing a low-key gig alongside Frankie Ballard at Nashville’s Tin Roof bar in Midtown, aspiring singer-songwriter, Ward Guenther, and his early business partner Josh Hoge, (later adding Ryan O’Nan) created the event as a place for music-loving friends to gather and artists to showcase original music.

While it’s never been about fancy lineups or “drawing a crowd,” that’s exactly what Whiskey Jam did last night, as it hosted its 10th Anniversary show at Nashville’s famed Ryman Auditorium. The highly-loyal “Jam Fam,” sold-out the 2,362 seat venue with no clue as to who would be performing — the only expectations were “good music and good people,” and that’s exactly what they got.

Since its start, Whiskey Jam has hosted more than 3,500 musical guests, who have collectively earned nearly 300 #1 songs on Country radio. Many of those artists came back to perform for The Jam’s 10th Anniversary, which resulted in one of the most unique and star-studded line-ups.

The biggest surprise of the night came when Country legend, Randy Travis, walked on stage to sing along to “Forever And Ever, Amen” as Guenther played it on guitar. Travis was escorted on stage by his wife, Mary, as well as all other performers of the night who were just as star-struck as the squealing crowd who filled the mother church with every lyric as they sang to a beaming Travis, who stood center stage, soaking up a moment that will live forever in Whiskey Jam history.

Other stand-out moments from the night included Lauren Alaina welcoming Guenther’s daughter (appropriately named Ryman) on stage to experience the magic of the mother church. Lauren conducted the crowd as they sang along to “Road Less Traveled,” while holding cell phone lights in the air. Jimmie Allen brought his undeniable energy to the line-up as he jumped in the crowd and stood on a church pew waving his hands from side to side.

Craig Campbell also stunned as he took the stage with just his guitar to sing “Outskirts of Heaven,” which received the first standing ovation of the night. David Ryan Harris, a guitar player for John Mayer, also made the highlight reel as he took the crowd outside of the Country genre, performing his song, “Shelter.” Harris’ next-level guitar playing and stunning vocals were a crowd-favorite.