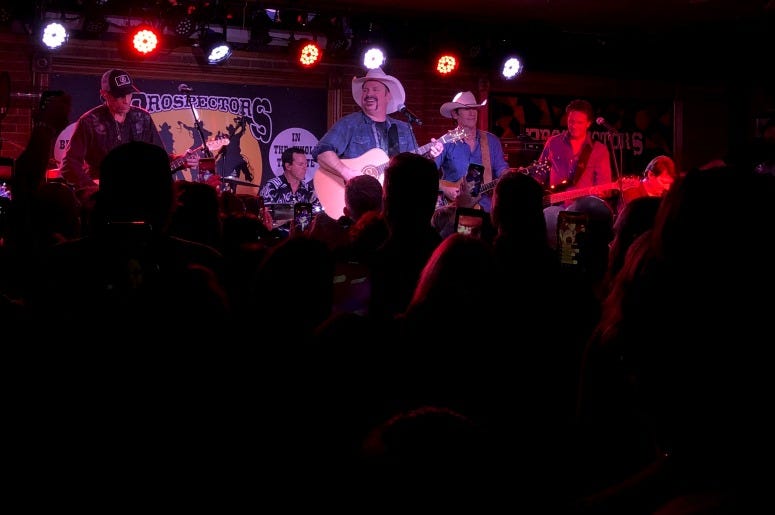 What exactly qualifies someone to be Entertainer of the Year? It’s a unique title in the world of Country music, not altogether tied to one metric. Is it an outstanding album or a sold out stadium tour? Maybe a groundbreaking performance or a mark left on the culture?

The short answer is Garth Brooks. The Country icon picked up his record seventh Entertainer of the Year title at the CMA Awards last month, and he has exercised every ounce of the recognition from record-breaking stadium shows to packed tiny rooms in the days since. The latest stop on the victory lap being Prospectors in New Jersey on Monday night, playing to a room of around 300 for the latest stop on his Dive Bar Tour.

Gathered on wooden planks, with TVs flickering and the glowing neon of Yuengling signs reflecting around the room, they packed in tight to see a performer who played to 84,000 fans just a few weeks before. They erupt as Garth takes the stage in a t-shirt and rolled-up flannel shirt, white cowboy hat and a mile-wide smile.

“This is old school,” Brooks exclaimed. “We’re not here for a long time but we’re gonna pack everything we have in here.” 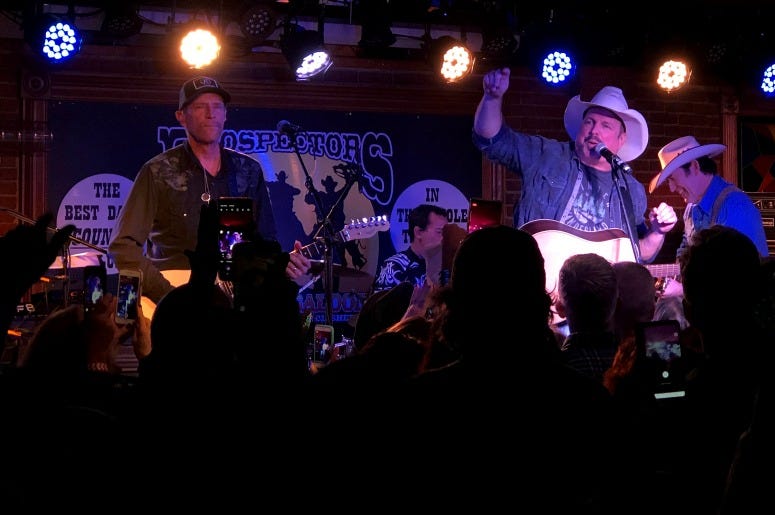 They did, from the stage to the set. With seven members of a band he has spent decades with crammed onto the riser, Brooks and his buddies from the original dive bar days took a tour of his greatest hits. From the white-knuckle grip of “Rodeo” to the sincerity of “Unanswered Prayers,” from the swaying island party of “Two Piña Coladas”  to the still menacing and magic “Thunder Rolls,” Garth and company poured out every once.

“Someone asked, ‘what do you like better? Do you like stadiums or do you like dive bars?’” Garth recalled to the crowd. “There’s no difference. I was lucky enough to play where the Steelers play and they sound just like you.”

WATCH MORE: Country Music Couples On Working With Your Spouse

The idea of being the ultimate entertainer is probably in there somewhere. This amazing ability to make stadiums feel intimate and make small bars feel remarkable. The constant is Garth Brooks’ ability to reach out and touch anyone he lay eyes on. It takes on something extra special in this Dive Bar Tour setting, seeing the energy pulse through him from every angle. He sometimes seems overloaded by the joy this all brings him, living in some symbiotic style for at least an hour and change, where he’s powered by this relationship with fans. Cultivated over 30 years, and still looking as though it can overtake him at any moment.

Singing directly into cell phones and touching hands with half the room, the Dive Bar Tour distills what makes this performer Entertainer of the Year. It’s an experience, it’s a feeling, it is a connection that this singer seems to do better than anyone else.

“The dive bars have made us a better band,” Brooks admitted, washed in the moment. “Artists talk about the old days,” he continued. “I played the dive bars back then, I’m playing them now. I’ll take now over then.” 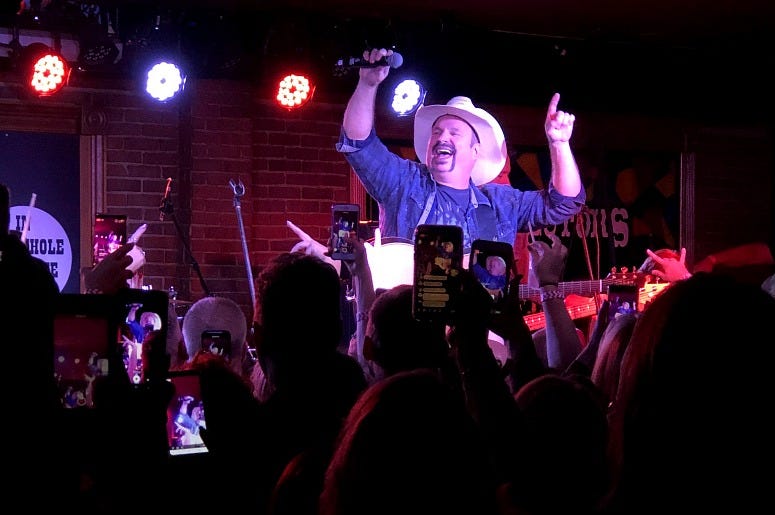 Garth promised more Dive Bar Tour stops to come in 2020, before the last keys of “The Dance” rippled through the room. Touching every hand he could on his way into the parking lot, Brooks left with his well-earned title in hand, sure to return to a stadium or a glowing neon sign near you soon.