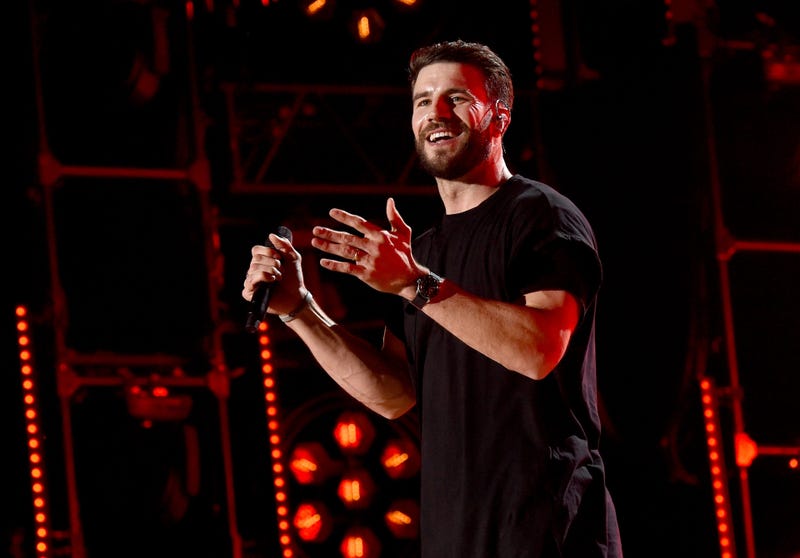 Raised as a southern gentlemen, Sam Hunt has been taught to mind his P’s and Q’s, but when it comes to songwriting, he’s had to bend the rules a little.

In his hit song, “Kinfolks,” which details bringing a special someone home to meet the fam, Sam admits he referred to his Mom by her first name, which he knew was dangerous territory.

“I wanna take you home, not just take you home tonight,” Sam sings in the second verse of the song. “Get Joanie on the phone, she'll leave us on a light.”

“I grew up in the South, so that was dangerous territory,” Sam told Audacy’s TC & Dina. “It just happened to rhyme and sing really well, I don’t normally do that!”

LISTEN: Sam Hunt explains why he referred to his Mom by her first name

Sam and his Mom have been known for their close relationship, as he’s gushed about her many times and even taken her as his date to the ACM awards. Guess there’s just a little give and a little take when your son is a mega Country music star.

Sam also opened up to TC & Dina about his own plans for a family which he says is something he and wife, Hannah, have “thought about a lot lately.”

LISTEN: Sam Hunt says he and wife, Hannah, are ready for kids

“[We’ve] really started to think about it seriously here these past few months, so that’s on the agenda right now,” Sam replied when asked about when he might give his Mom some grand-babies. “I’m hoping we’ll have some good news sooner than later.”