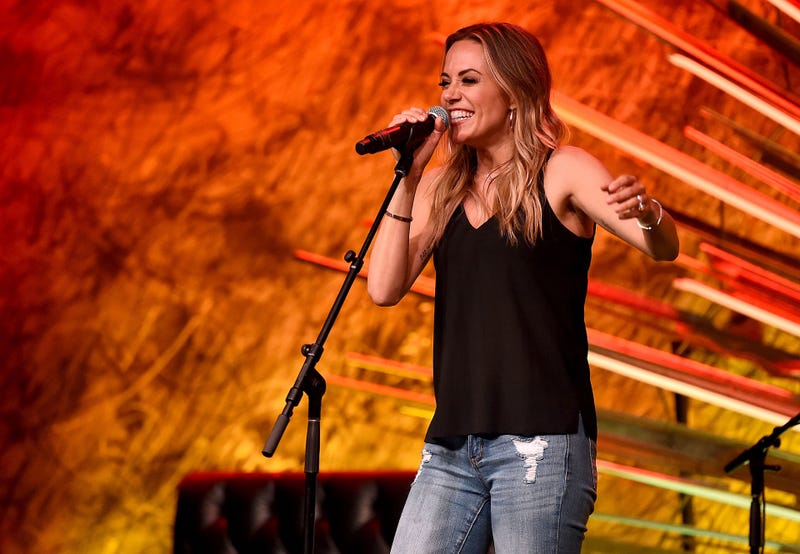 Times have been tough for Jana Kramer after she recently announced her split from husband, Mike Caussin. While still navigating the divorce, she is starting to look at the bright side with some inspiration from her kids.

Kramer took to social media over the weekend to share a photo of her and her two children, Jolie (5) and Jace (2), enjoying some sunshine and fresh air.

"Sunshine is good for everyone," she captioned her Instagram post. "I gotta be honest 2 weeks ago the sun was the last thing I wanted to see... but through grieving you start to see the light... even if it’s a dim light it’s still something I’m gonna be grateful for. But I’ll forever be grateful for these 2 and the forever light they add to my life.”

Kramer revealed her divorce from her husband of six years, Mike Caussin, on April 21.

“I’ve fought y’all. I’ve loved hard. I’ve forgiven. I put the work in. I’ve given everything I have,” Kramer posted to notify fans of her divorce. “I have nothing else to give. It’s time.”

About a week after revealing the split, official paperwork surfaced stating "inappropriate marital conduct, irreconcilable differences and adultery,” as reasons for Kramer’s decision to separate.

This was not the first reports of Caussin’s infidelity. In Jana and Mike’s first year of marriage he entered rehab for the same reason. After being separated while he was away, the couple reunited and renewed their wedding vows.

Caussin was Kramer’s third husband. Prior to Caussin, Kramer wed actor Johnathon Schaech who she divorced after one week, and Michael Gambino, who she met when she was 19.