The country music world is abuzz with anticipation over Nashville’s new supergroup. The Highwomen are set to release their self-titled debut album tomorrow, but they’ve already announced their presence with a trio of singles and headline-making live shows. 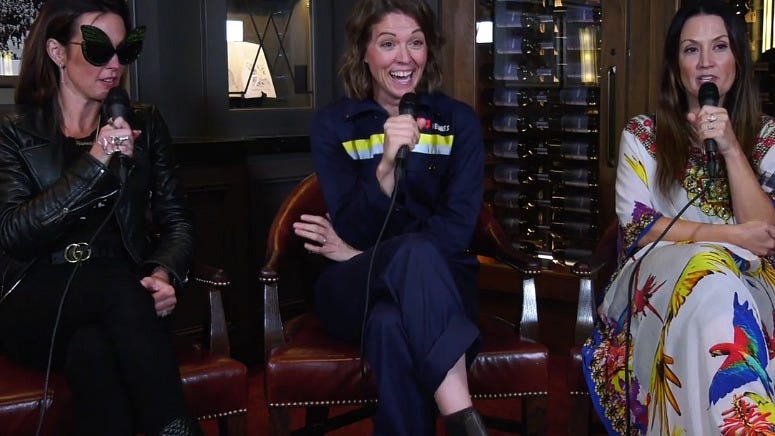 The Highwomen on Making History and Praying With Dolly Parton

The quartet - consisting of Brandi Carlile, Natalie Hemby, Maren Morris and Amanda Shires – led off with “Redesigning Women.” Hemby was asked by producer Dave Cobb to write a fun, empowering song about women before she even joined the band.

“I just wanted to write it from the hilarious standpoint of women because we do everything; we are running the world and going home and cleaning up the kitchen,” Hemby explained to RADIO.COM. “I just wanted it to be kind of funny and not so preachy maybe.”

The concept of The Highwomen came from Shires, who finally worked up the courage to pitch it Carlile. It’s Shires and husband Jason Isbell who are responsible for one of the most noteworthy tracks on the forthcoming album.

The seed for “If She Ever Leaves Me” was planted while Isbell was exercising, and it evolved into something unexpected based on the title. It’s a gay country song. Isbell nervously approached Carlile about singing it and was ecstatic when she fell in love with it.

“I’ve seen so much change in my lifetime. I got married before it was legal,” Carlile said. “To think that there’s a time when I can sing a gay country song, when I say something like ‘that’s too much cologne, she likes perfume,’ and have it embraced by all of Nashville and the country music community in general; it’s just like, wow, for all of the darkness that exists in the world, for all of the hard things that we discuss right now, it really is a beautiful time to be alive and on the cusp of big change like that. It’s just incredible.”

The Highwomen also features an appearance by Sheryl Crow on “Highwomen.” The track is a reworking of “Highwayman” with an assist from original writer Jimmy Webb. His song was the theme for Waylon Jennings, Willie Nelson, Johnny Cash and Kris Kristofferson’s supergroup in the eighties.

The Highwomen is available everywhere tomorrow. You can pre-order it here.