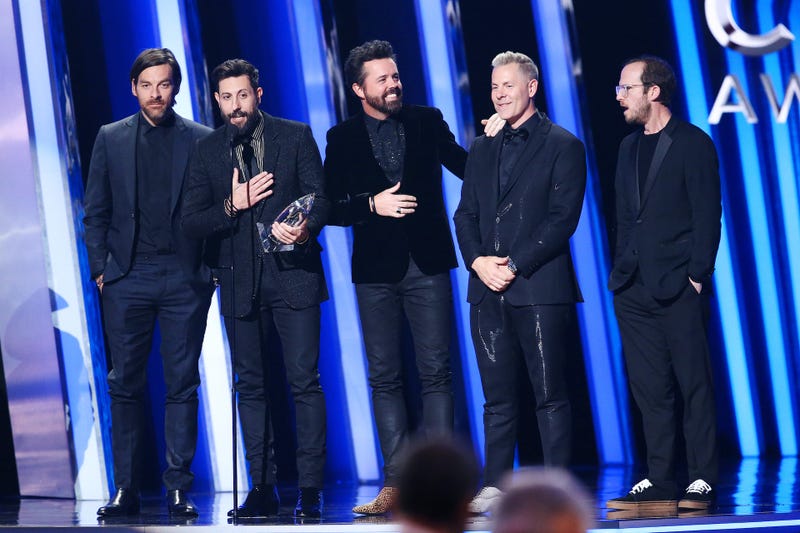 Big fan of Old Dominion? Well, get ready to love them even more after you hear what their moms had to say about their younger years.

Listen to your favorite music now on Audacy and shop the latest from Old Dominion.

Audacy’s Kelly Ford hosted the group’s moms for, “The Mom Match Game with Old Dominion.” During the game, each mom shared a memory of her son, having the guys match the memory to the group member and let’s just say, the tea was hot.

Memory #1? “He had gone out with his friends and they had something to drink and he came in and he was so ill and he says, ‘well, I think I had a bad hamburger at the fast food place.’”

“That was a chicken sandwich, not a hamburger,” bassist Geoff Sprung replied giving away that the memory was from his mom. “My 15-year-old brain thought I totally got away with it.”

Next up, a member whose Mom says he was destined for fame from a young age when his favorite part of baseball was when people cheered for him…

“I asked him after the game… what his favorite part of playing baseball was, he said he likes it when everyone yelled ‘Yay Matt!’

Now that’s FUNNY and can only be one member… Matthew Ramsey. We’ll be sure to yell “Yay Matt” extra loud at every OD show from here on out… we wouldn’t want to disappoint the lead singer.

Last, but certainly not least was a memory one mom had of her son doing charity work, but don’t let that fool you, he wasn’t as helpful as you might think.

“[He] did community service at Goodwill… then I’d be doing his laundry and I’d see like these t-shirts and I was like, ‘where did this t-shirt come from?’ He goes ‘Oh I took it when I was over there at the Goodwill.’”

“Well, people are dropping off giant bags of clothes, surely there’s no way all these t-shirts can be processed, so I took a couple that I liked” replied Tursi. Anyone else find it even funnier that he’s defending himself?

The group is looking forward to some new memories with the recent announcement of their Band Behind the Curtain tour, tickets go on sale May 14.