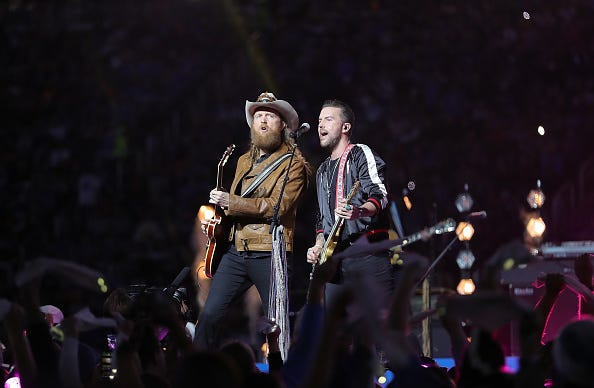 While John and TJ are both itching to get back to touring and performing live, John shares that the “year-long” hibernation has been much needed, adding that this is the first time in about 20 years that he’s just stayed in one place for an extended amount of time.

Since TJ’s coming out John has been right by his brother’s side, with an immense amount of love and support. Additionally, TJ has shared that he’s felt like he’s received a “tsunami of love” from fans. “The thing that made me really overcome any fear I had of what the outcome would be was to think about a fifteen-year-old TJ out there who was really struggling,” shares the singer.

He continues, “and I’ve talked about this several times but for me… denying my sexuality wasn’t because I thought it was wrong, we were raised in a family where they were fine with that, it was just really because I didn’t feel like it was me. The things I like to do, and the way I was and the people I hung out with, it just didn’t make sense to me, and I think there’s a lot of people out there that are still that way… hopefully it will resonate and save a few lives, and at that point, if that happens I don’t really give a s*** what the fall out would be at that point.”

TJ continues to wisely share, “there are guys out there like me, who are gay. I think all these kinds of cliché things that we make up, they’re not true.”

Check out TJ and John’s full interview above.