It’s no secret that Toby Keith loves America. Known for his passionate and prideful American anthems like “American Soldier,” and the countless hours he’s dedicated to USO tours, Toby has powerful memories to last a lifetime with the service men and women he respects so deeply.

Listen to your favorite music now on Audacy and hear all your favorite patriotic anthems on the Red, White & You exclusive music station

While typically called on to provide entertainment and a light-hearted “escape,” for soldiers while deployed, it’s a tender moment that Toby remembers most vividly. A moment he experienced reality like never before as he was reminded of the ultimate sacrifice.

“After we toured Iraq the whole week, [it] came time to leave and we were getting on a C-130, and getting ready to go to Kuwait City and change jets, to a C-17 and go to Afghanistan, and they made us get off the plane,” Toby told Audacy’s Katie Neal.

“They said, ‘Unbuckle and get off the plane. Please stand in formation with the rest of these guys.’ And they loaded a flag-draped coffin, right there at our feet.”

Since 2002, Keith has visited more than 250,000 troops in 17 countries through his work with the USO. Keith’s trips have included stops in Iraq, Afghanistan, and several ships at sea. He was recognized for his dedication to troops with the Spirit of the USO Award in April 2014. 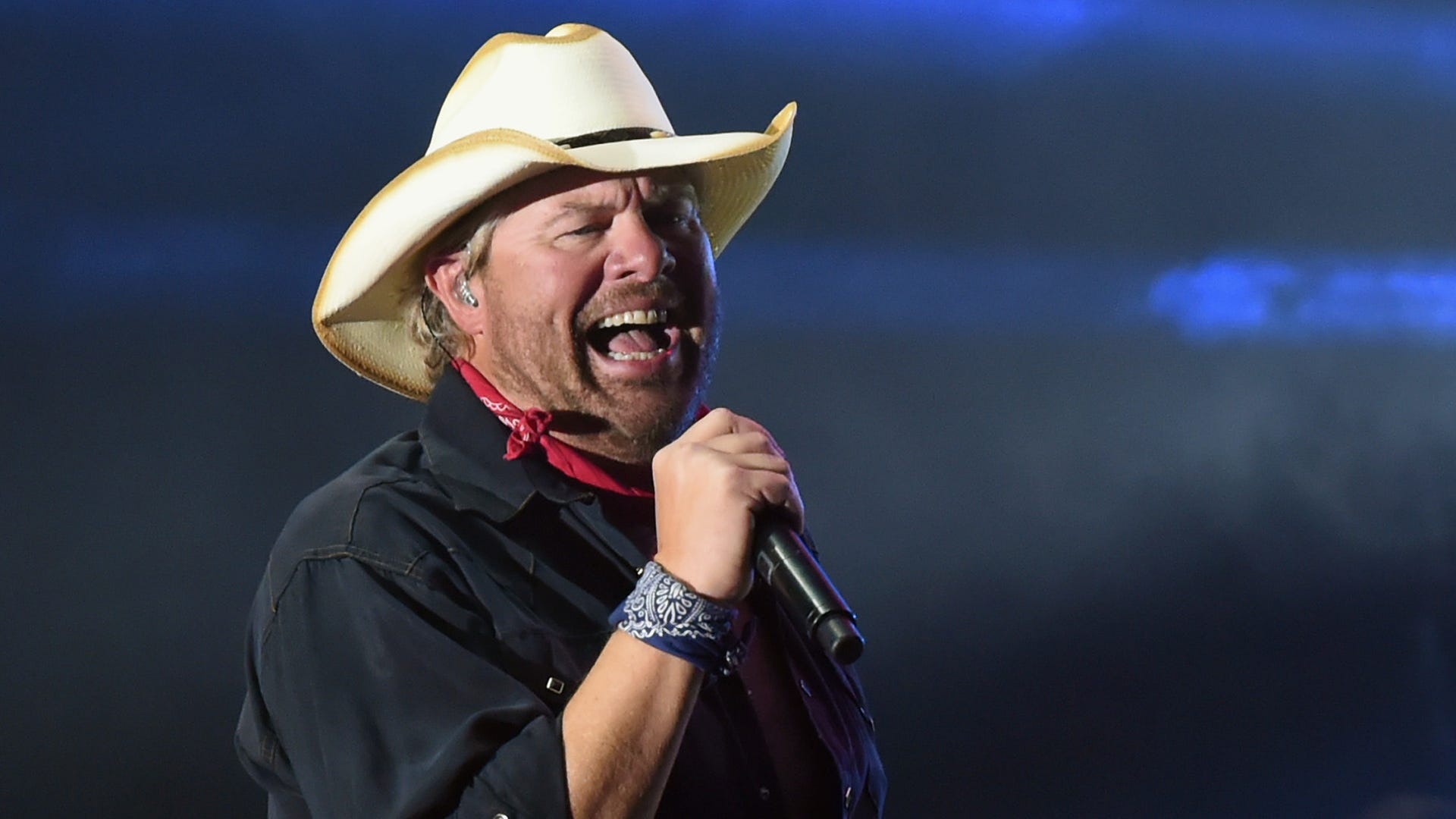 “His name was First Lieutenant Eric McCray… I named a race horse after him and I flew from Baghdad to Kuwait City with him literally, laying right at my feet. It was the ultimate sacrifice and a feeling that I can’t even describe to you.”

Toby went on to share that the chilling flight lead to a connection with Lt. McCray’s family, who, to this day treat Keith as one of their own.

“Got back to the states and was playing up on the West Coast… Pacific North West, and his family showed up,” Toby explained. “His dad had been in the military and they said ‘you’re part of the family now, you flew with our son out of Iraq.’”

He continued, “They came to all the shows that I do in the Pacific North West and have for years, It’s been sixteen [to] seventeen years… maybe?”

It’s clear that Keith remembers the flight like it was yesterday, and it surely serves as motivation for him to continue his work with the troops.

“You can hear about it, and you can talk about it, but until you’re sitting’ there seeing’ it with your own eyes, it doesn’t land with that much impact.”

Keith is currently working on a new album, Peso in My Pocket, which will serve as his first album in nearly six years. Set to release October 15, the project will feature 10 songs including recently released “Happy Birthday America,” “Old School,” penned by Ryan Hurd and Maren Morris, and a song written by a local Okie titled, Oklahoma Breakdown.”

Hear more about Keith’s upcoming album and his experience overseas with Katie Neal’s interview above.