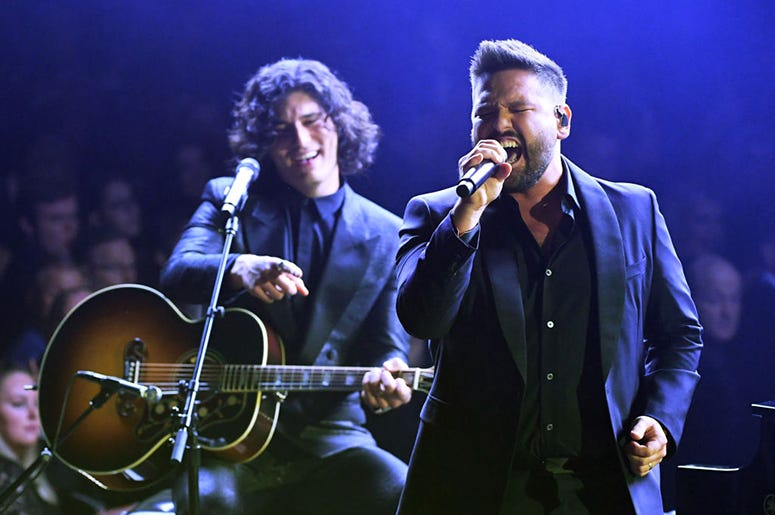 Things are starting to take shape for this year’s Country Music Association awards.

Brothers Osborne, who are nominated this year for Duo of the Year, as well as 2019’s Musician of the Year Jenee Fleenor and 2019’s New Artist of the Year Ashley McBryde will come together with Aldean and Bentley to open the show with an epic, multi-song tribute to the late Charlie Daniels.

Additional tributes will come from Little Big Town with a sweet nod to Kenny Rogers, while Jon Pardi will throw it back in honor of Joe Diffie. Finally, in celebration of the 40th anniversary of the iconic film Urban Cowboy, Old Dominion will give us their version of Johnny Lee’s “Looking for Love.”

Other performances just announced will be from Dan + Shay, who are up for multiple awards this year, joined on stage by pop star Justin Bieber for the world television premiere of their massive crossover collab hit, “10,000 Hours.” Keith Urban will let viewers into his home in Australia for a special performance of his single “God Whispered Your Name,” and Jimmie Allen will give us a rendition of his hit “Best Shot.”

performing live on the #CMAawards with @justinbieber on november 11! 📺

Oh, they’re not even close to being done…

Ingrid Andress is set to perform her Song of the Year nominated “More Hearts Than Mine,” while four-time nominee Carly Pearce and two-time nominee Lee Brice will come together to perform their multi-nominated single “I Hope You’re Happy Now.” Morgan Wallen rounds out the new announcements as he’s set to bring fans his hit “More Than My Hometown” from the CMAs stage.

The action-packed evening will be hosted by Reba McEntire and Darius Rucker who will also take the stage together for an emotional tribute.