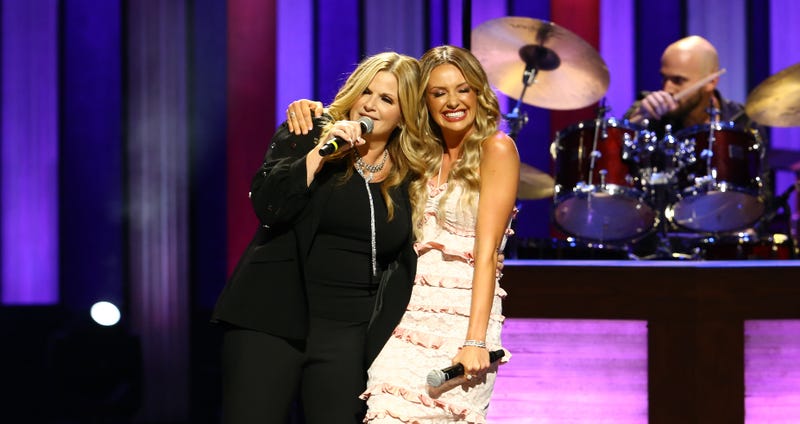 It proved to be a magical night for the 31-year-old Kentucky native, who has dreamed of following in Dolly Parton’s footsteps since she was a little girl. 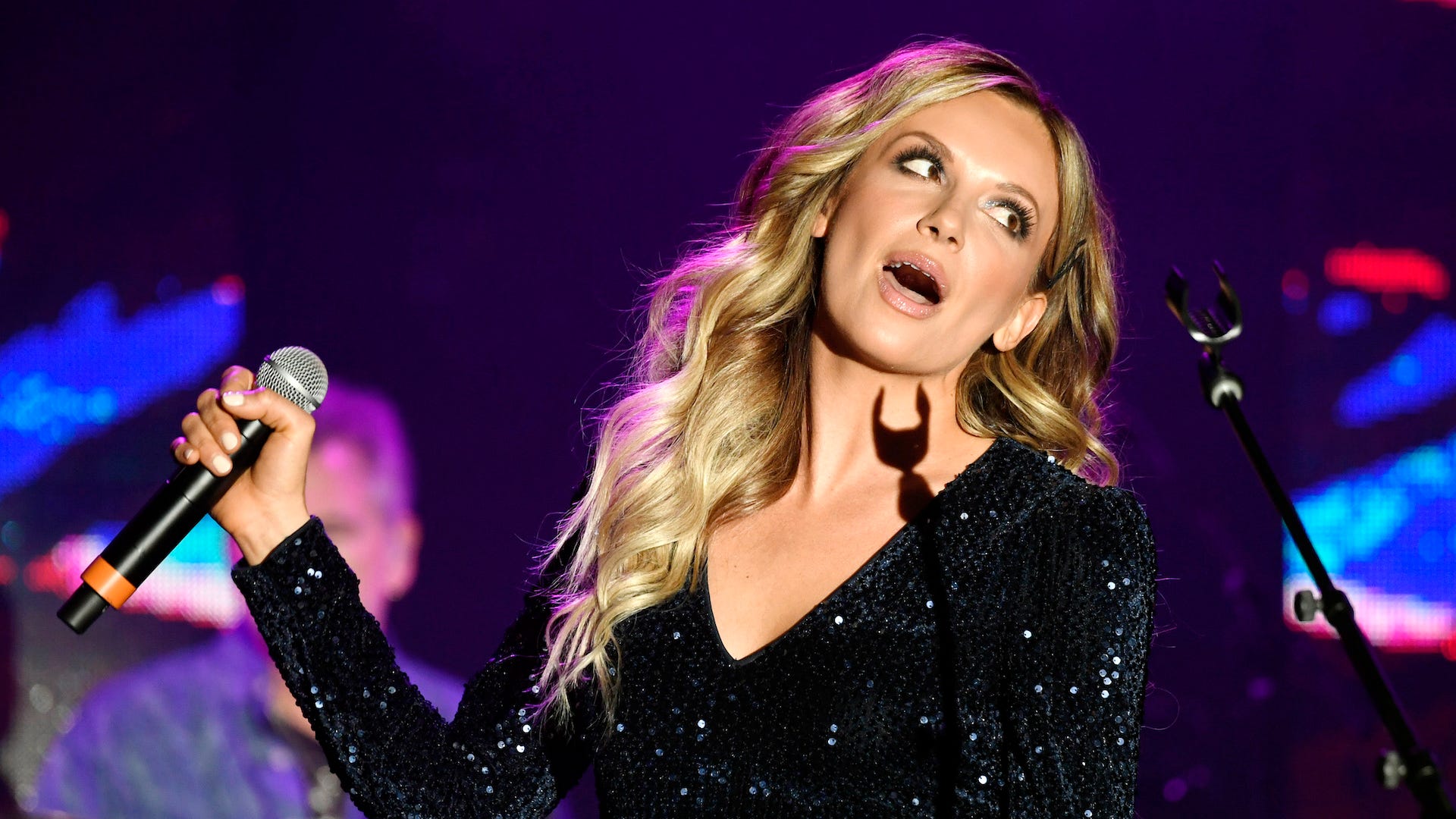 “I remember as a young girl when my grandparents found out I wanted to sing, they made sure that I understood the importance of the people who came before me” Carly shared on the night of her induction at the Opry. “I think that this is the most prestigious place that you’ll ever play as a Country music artist.”

Carly shared some memorable highlights from the night as she took over the Opry’s Instagram account. Pearce could be seen hanging her photo on the wall of the Women Of Country dressing room, performing her new song, “Dear Miss. Loretta,” and even screwing her name plate onto the wall of Opry members. 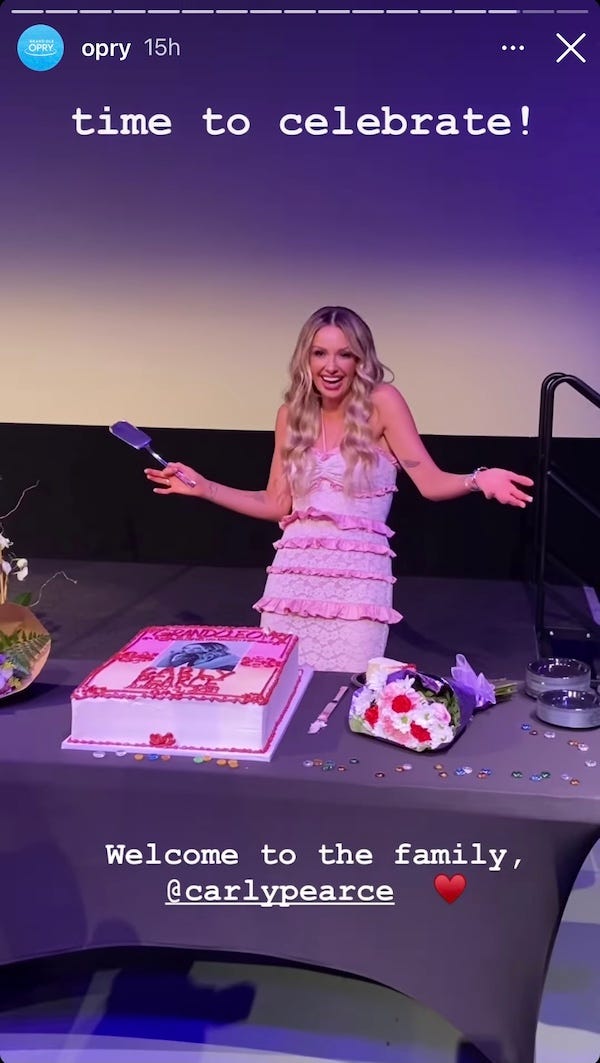 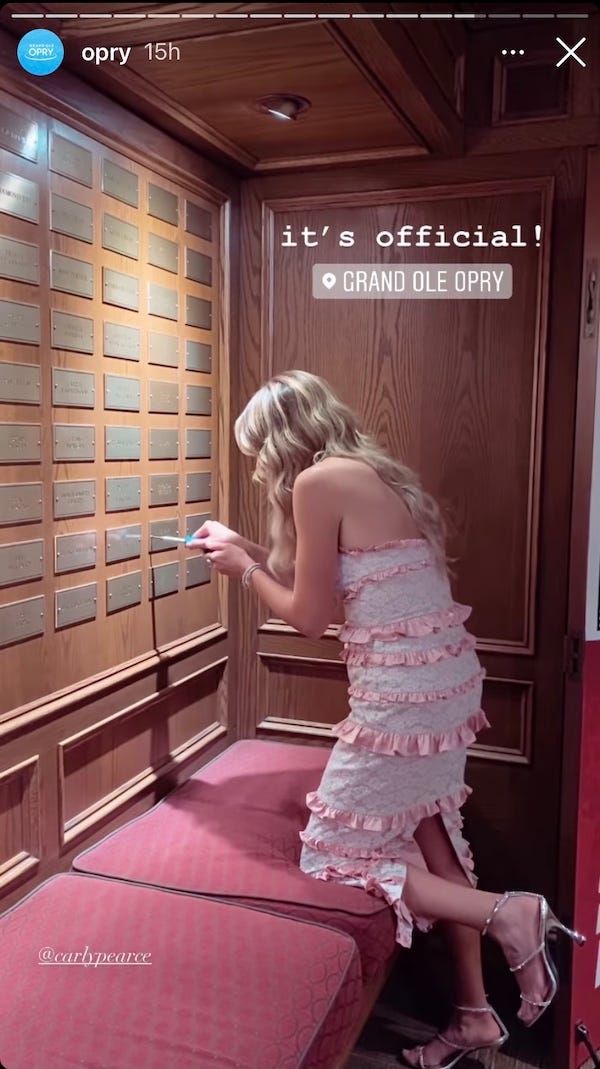 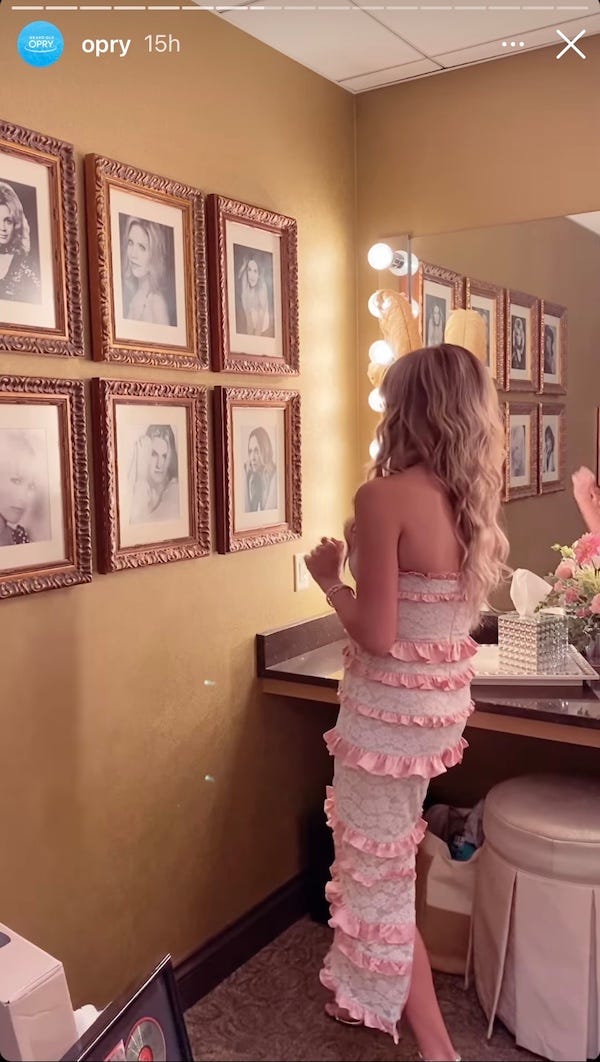 Fellow Opry members Carrie Underwood, Hillary Scott and Kelsea Ballerini welcomed Carly to the Opry family with bright bouquets of flowers, while Trisha Yearwood was there to welcome Pearce, in person.

Trisha and Carly took the stage together for a powerful duet of LeAnn Rimes’ “How Do I Live,” just before Carly marked her induction with an acceptance speech.

“This isn’t just another feather in my cap, this isn’t another accolade, this isn’t another thing to add to my wall,” Carly said as she accepted a trophy to commemorate her induction in front of a live audience at the Opry house. ”This is a promise to all of you and to this organization that I will do my due diligence as a Grand Ole Opry member to make sure that the circle is never unbroken.”

Carly was surprised with an official invite to become a member of the Grand Ole Opry in June by her hero, Dolly Parton. Re-live the special moment here and check out our all-new Country Love exclusive station.