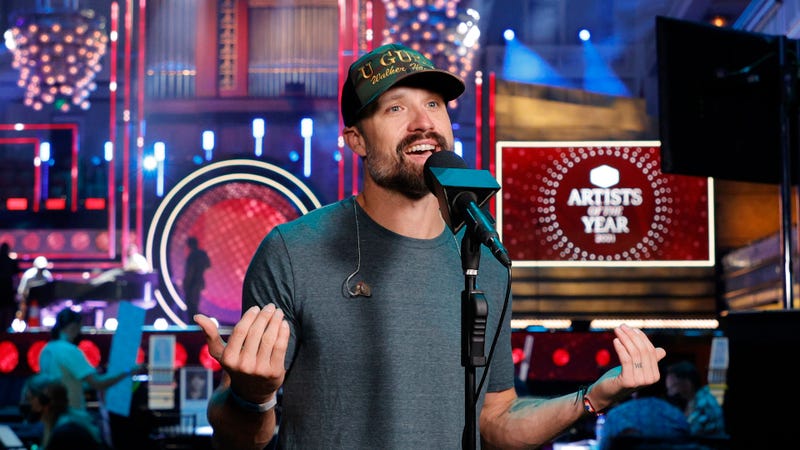 Walker gave props to his impactful music teacher during a recent interview with Audacy's Kelly Ford in the Morning in celebration of the show’s month-long celebration of teachers.

“Mr. Powell… He saw something in me. [He] really pushed me and challenged me,” Walker shared, before revealing Mr. Powell convinced him to leave fellow educator, Mr. Thomas’ band class as a tuba player. #Scandalous

I think we all agree Walker’s tuba sacrifice paid off with the viral success of his song, “Fancy Like,” which he says even prompted a text message from former choir teacher, Mr. Powell.

“Dude, Mr. Powell is so great. He saw the Applebee’s commercial [and] texted me,” Walker said, referring to the new commercial which features “Fancy Like.” “He was like, ‘We’re so proud of you!’”

Wonder how Mr. Thomas feels about it… maybe Walker can work on a tuba arrangement to mend his wounds! Here for it.

LISTEN: Walker talks about switching from band to choir

With the success he’s having in Country music, which follows many years of hard work and hustle, it’s hard to believe Walker would ever consider another career, but based on his conversation with Ford, there is one thing that he’d “leave Country music” for.

“If somebody said, ‘You could be in a Broadway [musical] right now, I would take off this mic… I would walk off this set, quit Country music [and] immediately move my family to New York,” Walker stated, playfully adding he’d do it for $50 per week.

LISTEN: Walker shares his love for musicals and admits he'd leave Country music to be on Broadway

We admit, we’d hate to lose Walker from Country, but after hearing himself talk about his poor acting skills, we aren’t too worried about it.

“I’m a horrible actor, I’m like literally the worst,” he admitted. “I’m like, ‘What do you do with your hands?’” He laughed, admitting it isn’t quite as bad when he is singing. What do ya say you just stick with TikTok dances and hit Country songs, Walker?

Check out Walker’s full interview with Kelly Ford above and catch his performance in Kelly Ford In The Morning’s virtual teacher lounge this Thursday!