By Monica Rivera, Audacy
Updated on

Country superstar, Carrie Underwood checked in with Audacy’s Katie Neal to fill fans in on everything surrounding the release of her new album, Denim & Rhinestones. From the tracks to the upcoming tour with Jimmie Allen, Carrie says she’s most excited just to spread some joy to her fans.

“I think the project as a whole is just so much fun — It’s happy!” She shared. “There’s some comforting, nostalgic moments, so I look forward to people just having fun with it, but there are definitely songs that are just super fun to perform; ‘Pink Champagne,’ ‘Crazy Angels,’ ‘Denim and Rhinestones,’ there’s a lot of fun on this album for sure!”

Today's release marks the first time not only fans hear Carrie’s new music, but many of those closest to her, as Carrie says she rarely shares what she’s working on with people outside those directly involved in the project.

“People that are kind of in my immediate circle, my work circle I’ll play stuff for,” she disclosed “I might play something for friends here or there but to be honest, I keep a lot of it kind close to the vest just because I’m in my world, I know what I like.”

She continued, “[Letting] too many people listen to it, it’s like telling people what your baby name’s gonna be. If you just don’t tell anybody and just do what you do then one day it’s out and like, ‘welp, it’s done! So I don’t really care what [you think], I like it!’”

No doubt Carrie will win over Country fans everywhere as she brings the new tunes across the US on her Denim & Rhinestones tour kicking off Fall 2022 and running through Spring 2023. It’s no secret that Carrie goes all-out on tour with a high-energy, large production, which makes us wonder — where does she get the energy to perform such an involved show each night? 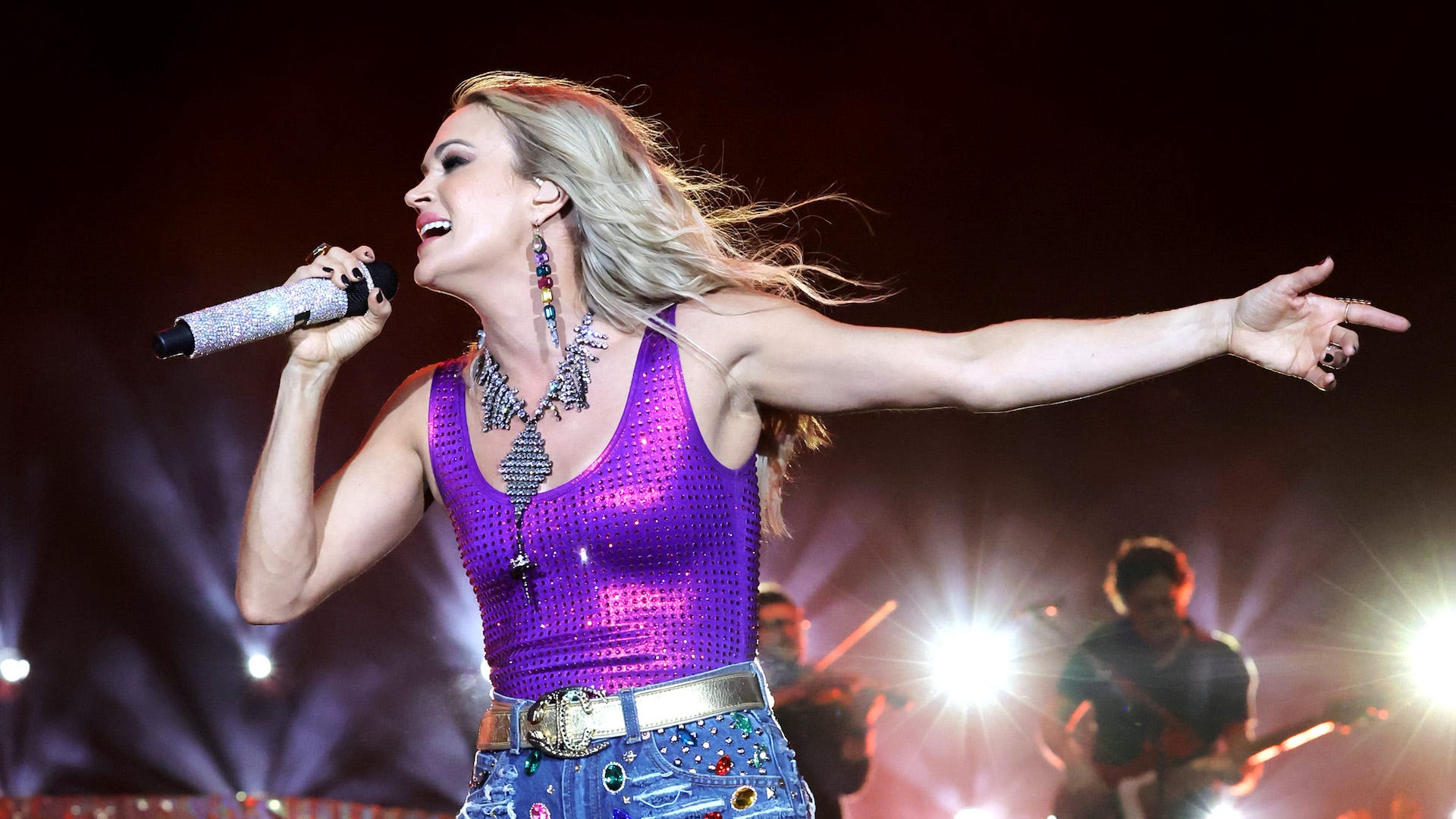 “For dinner, on show days… I eat two scrambled eggs and half an avocado,” she shared. “You get to a point where it’s like, if I eat ‘off script’ in that context — in life, its fine — but in that context it’s like… if your body doesn’t process it as well or makes you kind of bloaty or or makes you feel slow or whatever it is. It’s like, I know what that’s going to do and it’s good, healthy fats and protein and it gets me through the show without making me feel like I just ate a lot of food.”

Get the avocados and eggs ready as Carrie will be coming to a city near you soon! See a full list of shows here and watch the full Audacy Check In with Carrie Underwood above.