It’s the question we all ask at the beginning of a conversation, but it’s one that has taken on new weight during these uncertain times: “How are you doing?” Katie Neal asks country star Kelsea Ballerini at the start of our latest RADIO.COM LIVE.

Kelsea joined us from the comfort of her Nashville home to let us in on the latest news in her quarantine life, and to share some songs off of her brand new album kelsea.

“I feel like I’m going on the emotional rollercoaster that we’re all on, which I think is healthy – I think it means you’re in touch with the weirdness of right now and the gravity of it,” she explains. Her plan these days is just to stay focused and be as creative as she can as she rides it all out with everyone. 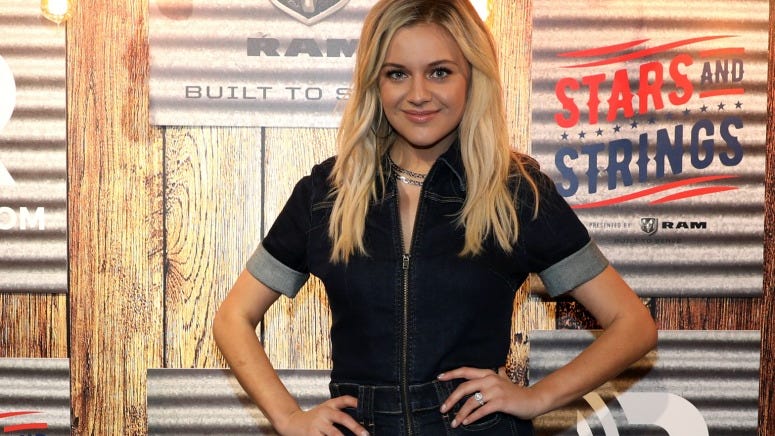 As far as finding a way to release that creativity, as a recording artist that can sometimes be tricky given that most musicians’ homes are not equipped with full recording studios and all of the toys that come along with. As Kelsea can attest, sometimes you just have to use that linen closet to its fullest potential.

“It’s different,” Kelsea says about her new process. “I don’t know if it’s worse or better. It’s just different. As far as writing, a lot of people are doing it through Zoom,” she says, but finds it hard to be energized over video chat. “So, I’ve been writing a lot by myself which has actually been really nice to do and kind of reconnect with that part of myself.” Her husband, Morgan Evans has even stepped up to the plate for her, learning how to use recording software to mix vocal demos for his wife on the fly. “We keep joking that for my next record he’s going to be my vocal producer,” Kelsea laughs.

We last caught up with Kelsea back in April as the current health crisis was still ramping up to the full pandemic we are now experiencing. At the time, the "Miss Me More" singer had to rearrange her promotional plans around the release of her third album. Normally a hectic time for her, running back and forth from appearance to appearance, this time around she says she has welcomed the break which has given her plenty of time to talk to fans, and listen to feedback.

“I had the time and the space to read people’s (comments) live listening to the album for the first time and hearing what songs they connected to and what their favorite lyrics were while they were discovering it,” she says. “So that was really nice to get that instant connection from the people that are actually listening to it.”

Looking ahead to when she will finally be able to get back on stage for her fans, she fully expects it to be an emotional time for not just her, but for most artists. “Especially in Country,” she says, “because we tour non-stop. We love it. It’s all about the one-on-one fan connection. So not having that feels weird; it feels like there’s something missing. There is something missing.”

“God, I cry at everything, so yes I will cry,” she admits.

Kelsea’s latest single is a collaboration with pop singer Halsey, titled “The Other Girl” – a pairing that came about solely because Kelsea, a fan since the beginning, decided to be bold and ask. After hearing the song, she felt that the “angst and the grit” in it would fit Halsey’s style perfectly. “So I was like, ‘OK what if we do a modern day ‘The Boy Is Mine,’ or modern day ‘Does He Love You,’ and write it for two women?’ So, to see it all come to life was exciting.”

Watch our full chat with Kelsea above. You can find more RADIO.COM LIVE performances anytime at RADIO.COM/live.