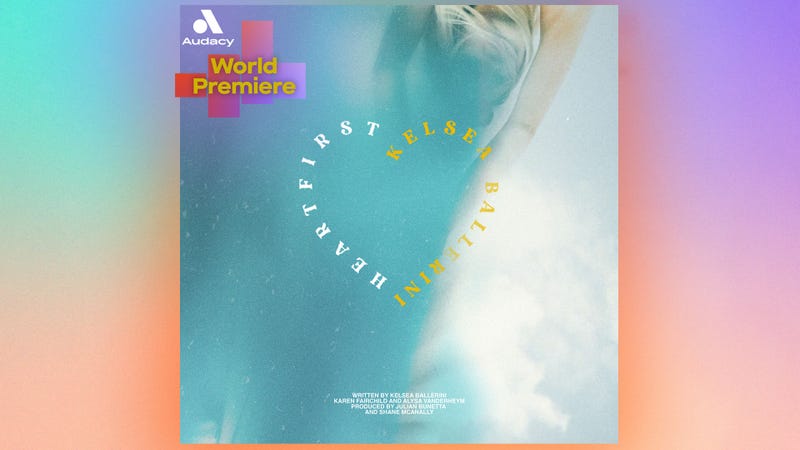 Audacy is bringing you the World Premiere of Kelsea Ballerini’s “HEARTFIRST,” all day on April 8 beginning at 12AM ET.

To catch an exclusive listen, tune in to any of your favorite Audacy Country Stations and be sure to hear all your favorite hits by Kelsea on Kelsea Ballerini Radio

As the follow-up single to her most-recent #1, “half of my hometown” featuring Kenny Chesney, Ballerini is ready to have a little fun with her brand new single.

“I hope this song is just a feel good for people,” Ballerini told Audacy. “With my last single, ‘half of my hometown,’ I wanted to really tell a story. I got to dive into the songwriter in me. [With] this song I just wanted like a new, clean-slate-feeling song. It’s a bop, put the windows down.”

Co-written alongside Alysa Vanderheym and Little Big Town’s Karen Fairchild with the intention of bringing fun and lightheartedness to Kelsea’s touring set, this song surely accomplishes all of the above and more.

“I hope it’s the one where everyone kind of starts dancing,” Kelsea admits as she fantasizes about playing the song live.

See if it makes you want to dance by tuning in all day to hear “HEARTFIRST,” on your favorite Audacy Country stations starting at 12AM local time on Friday, April 8.