The Zac Brown Band has always incorporated a wide range of musical influences, especially on-stage, but on their new album The Owl, they expand their comfort zone like never before.

The band is now represented by super manager Scooter Braun, giving them the confidence to go in a new direction that incorporates pop and hip hop elements. To get there, ZBB enlisted the help of EDM pioneer Skrillex and star pop producer Max Martin.

“These songs are rooted in the raw authenticity our fans expect, but it also explores the unexpected,” the band said on Twitter. “The Owl has been a long time in the making and we’re excited it’s finally here!"

These songs are rooted in the raw authenticity our fans expect, but it also explores the unexpected. #TheOwl has been a long time in the making and we’re excited it’s finally here! Listen now: https://t.co/nHV49TKDxf pic.twitter.com/yzBGBFBveL

The change is immediately evident with the electronic beats that lead off the album on “The Woods” and continue on the third track “OMW.”

Classic Zac Brown is fused perfectly with Top 40 production on “Someone I Used to Know,” and their country influence is still right there on “Me and the Boys in the Band” and “Finish What We Started” with Brandi Carlile, who is officially everywhere these days. 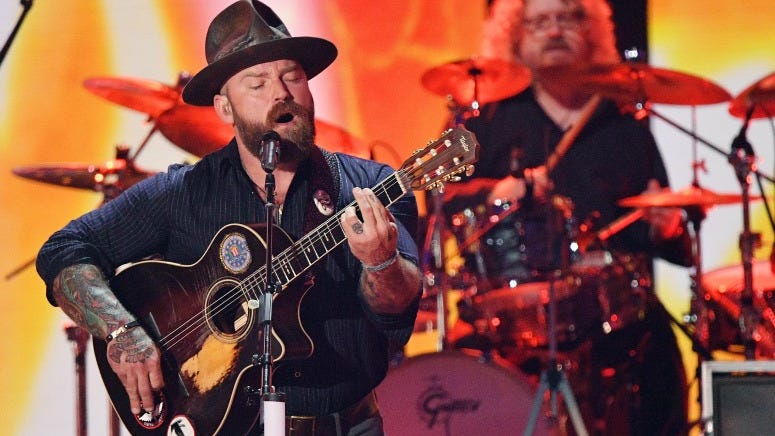 Hip hop influences carry “God Given,” which is reminiscent of Brown’s friend Kid Rock’s “Cowboy.” And for all the talk about influences, the album ends with the genre-less piano ballad “Leaving Love Behind,” leaving it impossible to predict where Zac Brown Band will head next.

“Ten years ago, I was willing to do everything,” Brown told Billboard. Now, “I don’t want to spend my life running around kissing people’s a**** to try to be successful. That doesn’t define success to me anymore. We want to have an impact.”