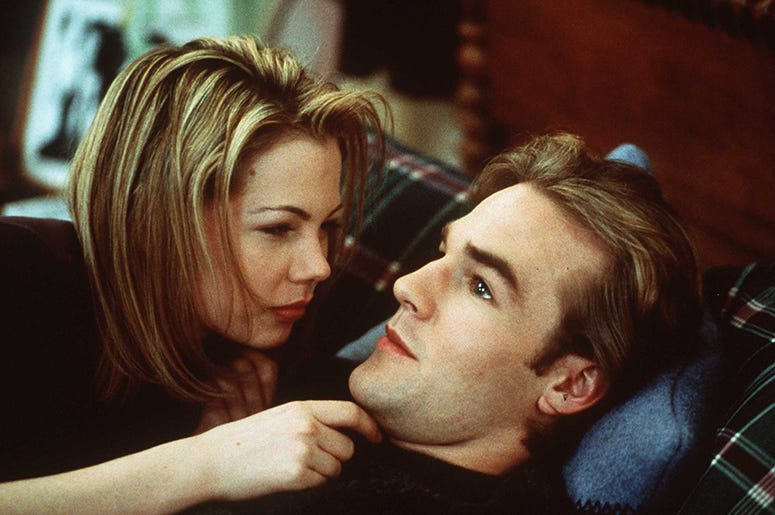 The highly acclaimed '90s television show Dawson's Creek is about to find a new life and a new set of viewers thanks to Netflix!

The coming of age series starring James Van Der Beek, Katie Holmes, Michelle Williams, and Joshua Jackson, will begin streaming again on November 1. But according to Netflix, there will be one glaring omission.

...and before you ask, the episodes won't have the original theme song (sorry) pic.twitter.com/f07QkbdFJY

The original theme song they are talking about is the beloved Paula Cole track "I Don't Want To Wait."

The show ran for six seasons on the WB network, and every episode began with the now classic song. When the series was picked up by streaming services in the past, the theme was replaced with Jann Arden's "Run Like Mad." Netflix will follow suit.

Paula, in a 2018 essay explained that she would like to be involved but execs seem to have lost her number. "Everyone keeps asking me, 'Why won't you let them have the song?'," she said, discussing why the track is no longer featured. "Of course I would consider it! I’m right here! Come talk to me, Sony. Let’s negotiate!"

Now while you're still wiping away those tears, watch the video for Paula's "I Don't Want To Wait" over and over again above -- and consider coming back to listen during the credits before you watch all of the episodes again!

Dawson would want it that way.