No host, no problems.

The upcoming 2020 Academy Awards are going for round-two without a host following the success of last year’s trial run.

Karey Burke, the entertainment president for ABC, made the announcement during the Television Critics Association winter press tour on Wednesday.

“Together with the Academy, we have decided there will be no traditional host, repeating for us what worked last year,' Burke said, according to Deadline.

Burke explained that she believes this year can yield similar results as not having a host allows the show to have “huge entertainment values, big musical numbers, comedy and star power.” 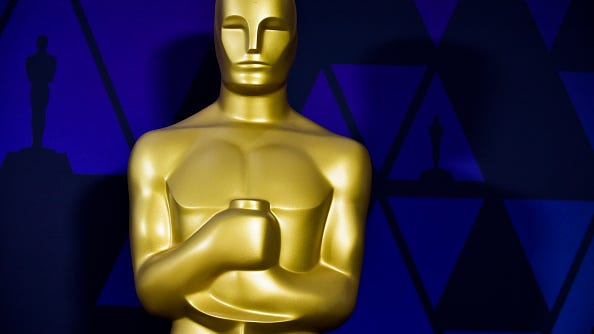 Experience All the Oscar-Nominated Short Films in One Inspiring Trailer

After Kevin Hart withdrew from hosting duties last year, the show went on without an MC or opening monologue for the first time in three decades.

And it didn’t miss a beat.

Producers brought in star-power to introduce awards including the comedy legends Tina Fey, Amy Poehler, and Maya Rudolph, who were dubbed the “unofficial hosts.”

The emcee-less show allowed for musical moments to shine including Lady Gaga and Bradley Cooper’s romantic “A Star is Born” duet and Adam Lambert’s tribute to Freddie Mercury with Queen.

According to Deadline, the show even saw a ratings increase in the double-digits in comparison to the previous year which hit an all-time low in viewers despite host Jimmy Kimmel’s best efforts.

Hollywood’s biggest night will air on February 9 live on ABC.