The 2021 award show season has officially kicked off.

While the 78th Annual Golden Globe Awards on Sunday, Feb. 28th were different than in years past, the ongoing pandemic didn’t put a damper on the night solely dedicated to celebrating the best in movies and television.

In fact, it paid tribute to the “Zoom" moment we're all currently navigating. Hollywood's elite – decked out in couture gowns and diamonds – embraced a socially distanced and virtual affair from the comfort of their homes and hotel rooms.

Funny gals Tina Fey and Amy Poehler returned, this time as bi-coastal co-hosts, and welcomed fans and audiences to the “78th Hunger Games” in their opening monologue. They were also the first, but definitely not the last, to mock the Golden Globes and the Hollywood Foreign Press Association for having no Black members.

“Maybe you guys didn’t get the memo,” Fey said, adding, “But you guys gotta change that.” 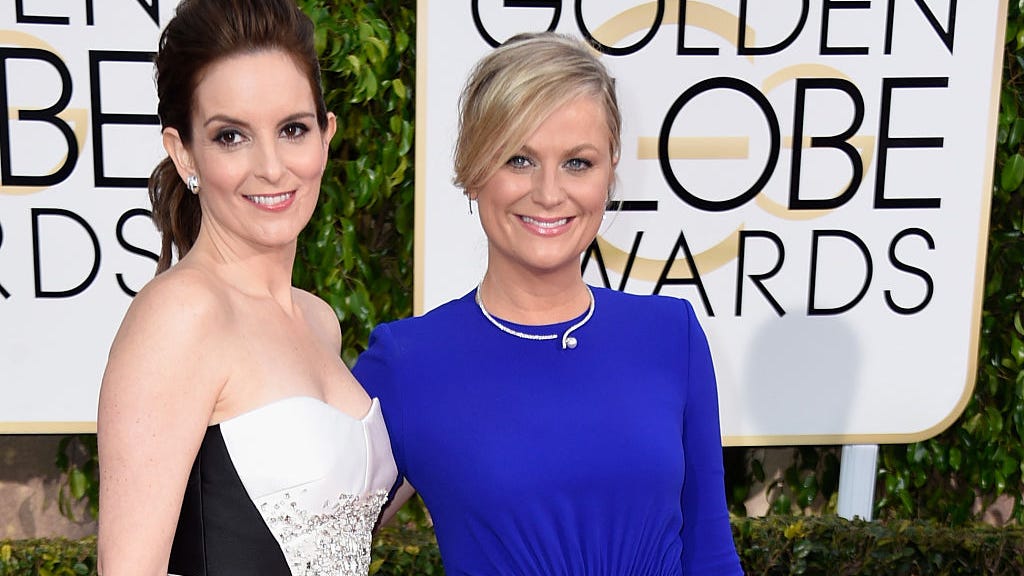 See the best moments from the show below:

Daniel Kaluuya reclaiming his #GoldenGlobes victory moment is already the best moment of the night. pic.twitter.com/5VckFFbz3i

The first win of the night was plagued by some technical difficulties, As it turns out, even celebrities aren’t safe from forgetting to unmute themselves while on a Zoom call.

After winning Best Supporting Actor in a Motion Picture for his work on “Judas And The Black Messiah,” Daniel Kaluuya attempted to accept his award, but no one could hear his speech.

Once the audio was finally restored, he jokingly shouted, “You did me dirty!”
Don’t worry, Daniel… it’s happened to the best of us while working from home!

Thankfully, a moment that could have set a sour tone for the already odd evening was salvaged. Once his mic was back on, Kaluuya didn’t miss a beat by delivering a poignant speech about a film that he hoped would help audiences “grow and learn" about the incredible life of Black Panther leader Fred Hampton.

Norman Lear accepted the coveted away for his storied career in television that was described as “influential, revolutionary, and progressive.”

The Globes offered a retrospective look at the 98-year-old prolific television writer and producer's extraordinary feats (he’s still working to this day), which include some of the most groundbreaking shows like "All in the Family," “Good Times,” "The Jeffersons" and most recently, "One Day at a Time.”

Saying he "could not feel more blessed,” Lear thanked his family, his lifelong collaborators, and the 87-year-old award namesake: "nobody has made me laugh harder," he said of Carol Burnett.

"At close to 99, I can tell you that I've never lived alone, I've never laughed alone and that has as much to do with my being here today as anything else I know," Lear noted.

He's the third winner of the award that honors "outstanding contributions to television on or off the screen" next to Ellen DeGeneres (2020) and Burnett (2019).

History in the Making

For the first time in Golden Globes history, more than one woman (three, if you want to be specific) was nominated in the category for best director.

Prior to this year, only five female directors had ever been nominated over the course of the show’s 92 years. Until tonight, Barbara Streisand was the only woman to ever win the Golden Globe for best director for “Yentl” in 1984.

Chloé Zhao now joins the ranks for her work on “Nomadland.”

Tracy Morgan trying to read the word ‘SOUL’ is the funniest thing of all time. #GoldenGlobes pic.twitter.com/X00JOq0l3Q

Actors… they’re just like us. While announcing the award for Original Score in a Motion Picture, Tracy Morgan mispronounced "Soul" as “Sal.” The flub riled up the audience as Morgan hilariously tried to correct himself. Naturally, the innocent mistake went viral on Twitter.

Congratulations to @joshoconnor15 for winning Best Actor in a TV Series, Drama at the #GoldenGlobes! pic.twitter.com/LWHcapjpio

It was a big night for “The Crown.” After garnering six nominations – the most for any television series this year – the Netflix drama, based on the British royal family, took home four awards!

Emma Corrin, who played Princess Diana in the fourth season, beat out Olivia Colman (Queen Elizabeth) for Best Performance by an Actress in a Television Series Drama. It was her first nomination.

Congratulations to The Crown for winning Best Television Series, Drama at the #GoldenGlobes. pic.twitter.com/KTLpn2pCpu

Also scoring his first nomination and win was Josh O’Connor, who played the young Prince Charles to Corrin's Princess Diana this season. He took home the award for Best Performance by an Actor in a Television Series Drama, which was an incredible feat as he was up against seasoned actors like Al Pacino, Jason Bateman, and Bob Odenkirk.

Gillian Anderson, who received plenty of recognition for her portrayal of Prime Minister Margaret Thatcher, beat out co-star Helena Bonham Carter (Princess Margaret) for Best Performance by an Actress in a Supporting Role in a Series, Limited Series or Motion Picture Made for Television.

And finally, the series won the award for Best Television Series Drama.

Hollywood icon and legendary activist, Jane Fonda, accepted the iconic award and fittingly used her platform to address the inequality in the industry.

She called on Hollywood to embrace more diverse voices, stating: "Stories can change our hearts and our minds, they can help us see each other in a new light, to have empathy, to recognize that, for all our diversity, we are humans first," 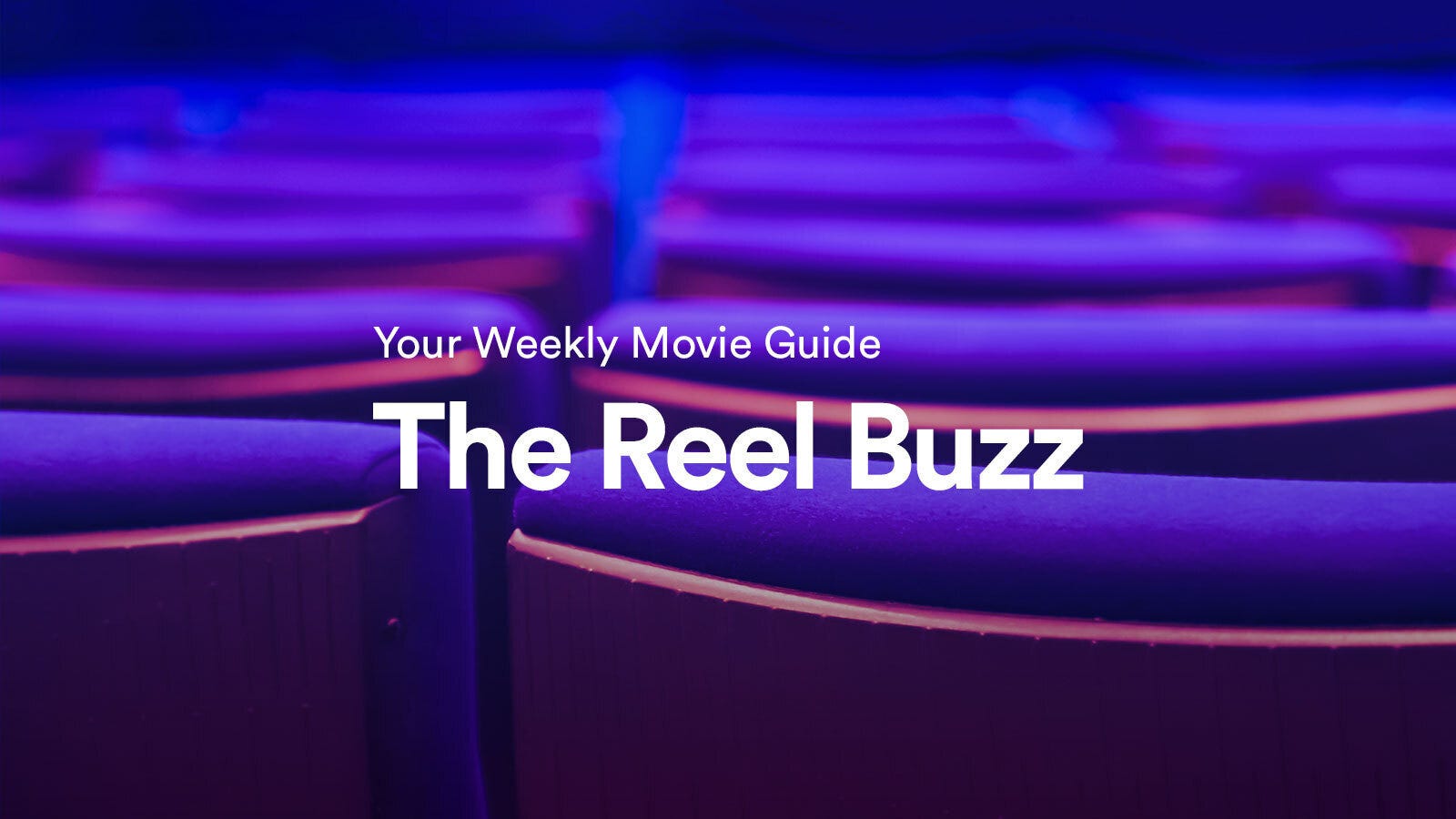 The 15-time Golden Globe nominee and seven-time winner continued: “Let's all of us — including the groups that decide who gets hired and what gets made and who wins awards, let's all off us make an effort to expand that tent so everyone rises and everyone's story has a chance to be seen and heard.... Art has always been not just in step with history, but has led the way, so let's be leaders."

Spoken like a woman who has fought her whole life for causes near and dear to her heart.

"It is great to be Black at the #GoldenGlobes" —Sterling K. Brown pic.twitter.com/Ef6Z30WNQG

Plenty of winners and presenters called out the diversity scandal surrounding the HFPA, including members of the organization themselves, but the best moment came from “This Is Us” co-stars and everyone’s favorite TV couple, Sterling K. Brown and Susan Kelechi Watson (Randall and Beth Pearson).

When they hit the stage to present an award, they both riffed on the fact that it was “good to be Black... er… back” at the Golden Globes.

"It's good to be Black anywhere," Kelechi Watson added.

A joke with a powerful message!

Taylor Simone Ledward accepts the award for Best Actor in a Motion Picture, Drama on behalf of her late husband @chadwickboseman at the #GoldenGlobes.pic.twitter.com/UOgdLlnA52

Boseman, who passed away from colon cancer in 2020, won the Best Actor in a Drama award for his work in “Ma Rainey’s Black Bottom.” His wife, Taylor, tearfully accepted the award on his behalf in an emotional speech that envisioned what he would have said in this very moment.

“He would say something beautiful. Something inspiring. Something that would amplify that little voice inside of all of us that tells you you can, that tells you to keep going, that calls you back to what you were meant to be doing,” she said.

She went on to thank all of Boseman’s collaborators, mentors, and those that inspired him before directly addressing her late husband, stating: “And honey, you keep ’em coming. Thank you.”

There wasn’t a dry eye in the room.