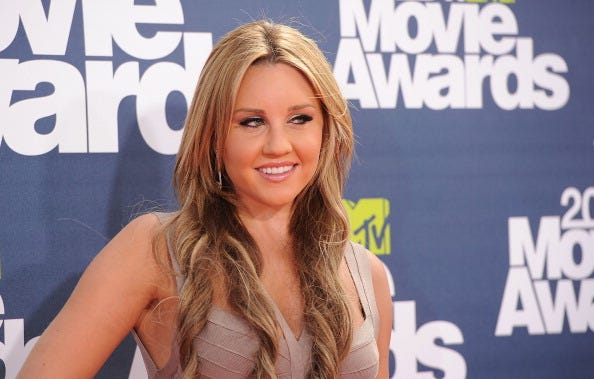 Amanda Bynes has opened up about her “controversial” conservatorship just days after it was revealed her mother reportedly would not allow her to marry fiancé Paul Michael.

“Hey ya’ll, I wanna say thank you guys so much for your support,” the 33-year-old actress kicked off her Instagram video on Friday, February 21.

As she broached the topic, she also mentioned the extreme costs of her medical treatment.

“Today I want to talk about a controversial topic, my conservatorship case,” she explained. “I have been going to a treatment center that charges $5,200 a month. There’s no reason why I shouldn’t go to a therapist who takes my insurance for $5,000 less a month. This is why I’ve asked to see the judge next week regarding this conservatorship issue,” she added.

This is the first time Bynes has addressed her conservatorship.

Bynes and Paul Michael got engaged this past Valentine’s Day. The “What a Girl Wants” actress took to social media to announce the news by flashing a huge emerald-cut diamond engagement ring.

“Engaged to tha love of my life,” Bynes captioned the photo.

She also posted another video introducing her fans to her fiancé earlier this week, announcing she was one-year sober, and apologizing for previously calling celebrities ugly.

However, Bynes might not make it down the aisle with her “love” without the support of her family.

Bynes' mother, Lynn, has been her conservator since 2014 following several tumultuous years that found the star struggling with addiction and depression and going in and out of mental health facilities.

Without her conservator’s consent, Bynes is not allowed to get married.

“If Amanda’s parents did not consent to the marriage, they can petition the court to annul the marriage on the basis of Amanda’s ‘unsound mind,’” Neama Rahmani, president of West Coast Trial Lawyers, told Us Weekly.

Sources reveal that the family isn’t supportive of the engagement since they haven’t even met Michael.